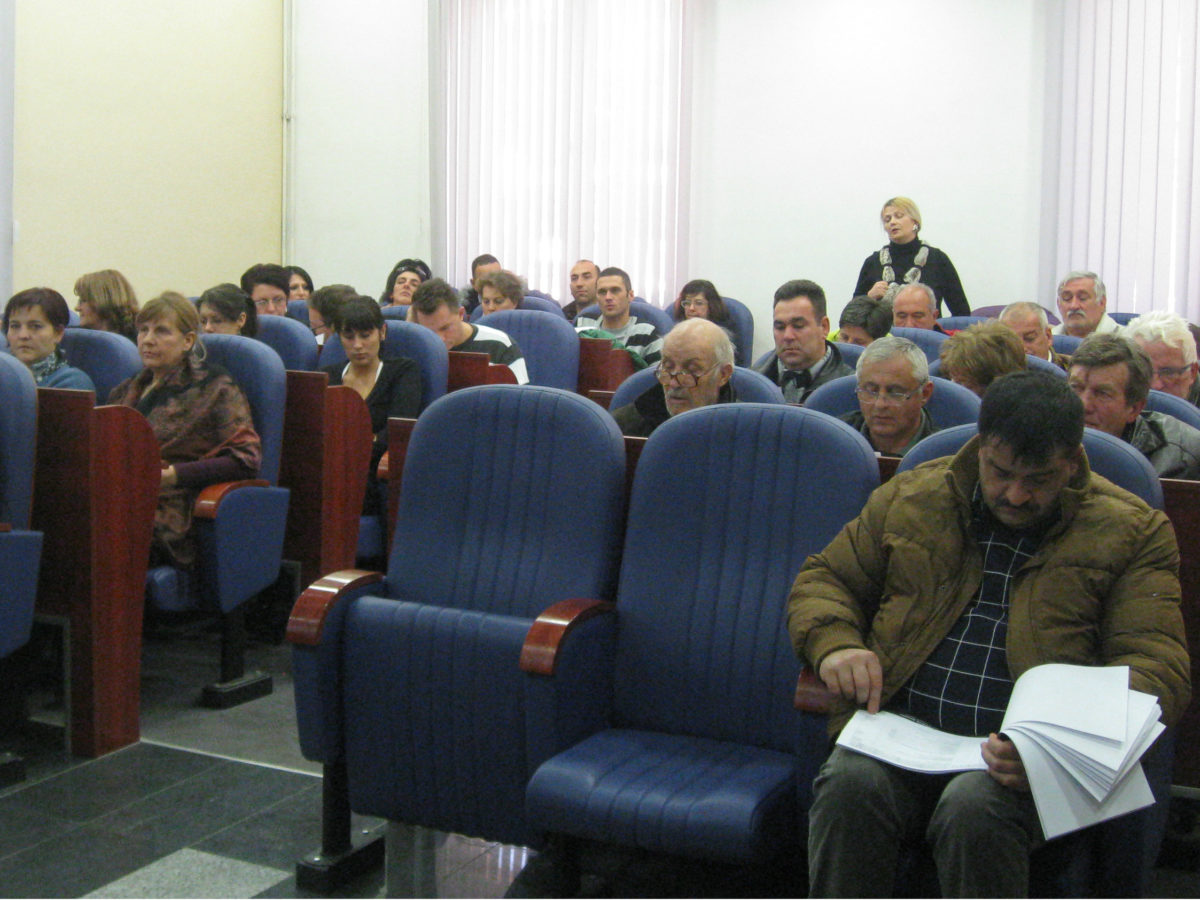 As part of the final phase of the Participatory Budgeting project, BIRN Serbia and local municipal officials held meetings in Surdulica, Zitoradja, Prijepolje, Novi Pazar. Bojnik and Sjenica, where they presented the draft budgets for 2013 to representatives of the local communities.

In each municipality the head of the finance department presented the budget for 2013 in the ‘citizen’s budget’ format. After the presentation residents debated the plans for income and outgoing costs and were encouraged to give their suggestions.

Local government representatives stressed the importance of citizen’s participation in budget saying it was a way to improve the quality of life for all in the communities.

BIRN Serbia signed a Memorandum of Understanding with all local government officials involved which ensures further cooperation in this field.