BIRN Serbia in cooperation with the local authorities on Friday held a public debate dubbed ‘Local Budget Forum’ in the town of Medvedja. 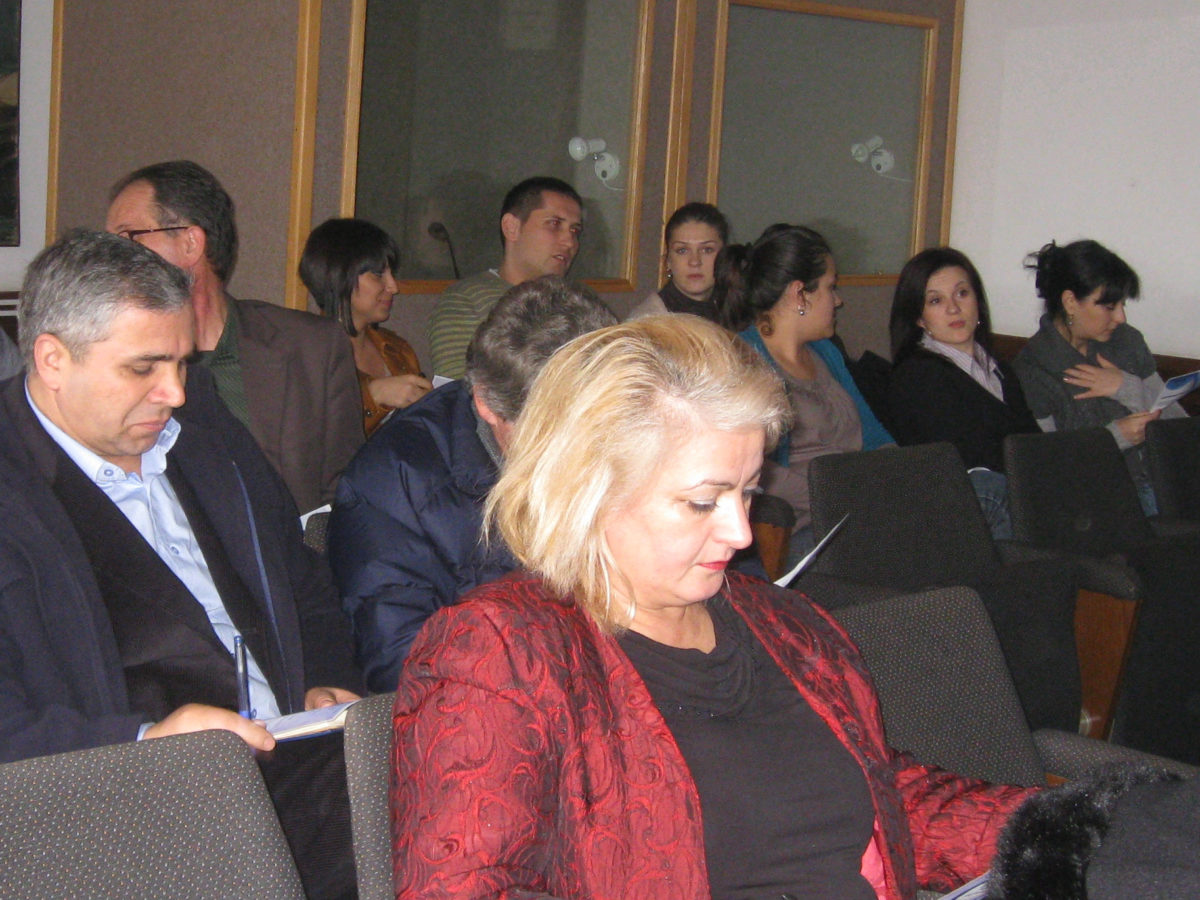 The draft budget for 2013 in ‘citizen’s budget’ format and a opinion poll results were presented at the Forum as a part of ‘’Participatory Budgeting’’ project organized by BIRN Serbia and municipal officials.

Over 25 representatives of local community, NGO organizations and media were involved in the debate.

Around 340 people from Medvedja filled in the poll called ‘’Your money, our responsibility’’, conducted at the municipality service center. Respondents were offered a list of municipal priorities for the next year in the field of capital investments and were asked to choose three projects they think are the most important to be implemented in 2013.

Marina Radenkovic, head of the budget department in Medvedja, stressed that the poll showed that the citizens are familiar with the local government’s plans for the next year.

“The Results show that the most important project is ‘’Building children’s playground at Construction Directorate’’ with 108 votes. Second place is the ‘’Winter road maintenance’’ project with 93 votes and ‘’Building minaret of the mosque in Sijarinska banja’’ is the third on the list of priorities’’, she said.

Dragan Andrejevic, head of the local urbanization department, spoke about the problems budget users encounter during the budgeting process. He commended the administration for organizing the public debate as an innovative approach.  He said he hoped it will become a practice that will include a greater number of citizens in the future.

Jadranka Bozovic, head of the local municipal administration, said she hoped the debate is only a beginning and that next year the government will organize more discussions, as a valuable tool for communication with the public.

The questionnaire ‘’Your money, our responsibility’’ and Local Budget Forum are part of a local government initiative to involve people in the budgeting process and recognize the needs of communities in accordance with principles of good governance.