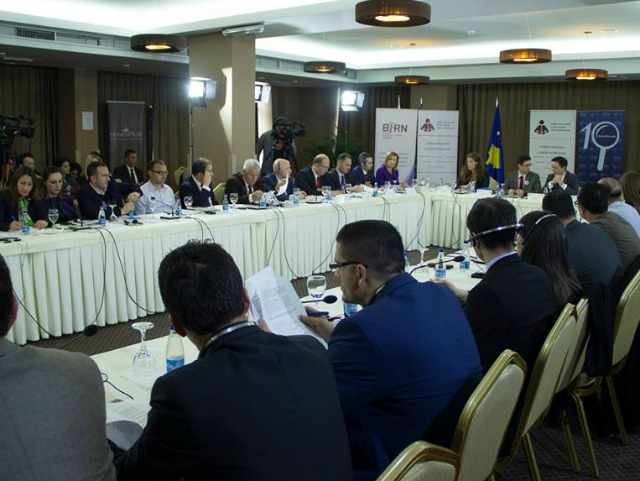 The Balkan Investigative Reporting Network, BIRN, has been awarded a legal victory over the Kosovo Prime Minister’s office by a court in Pristina, following a three-year battle to gain access to government travel expense documents.

The court victory was announced on Thursday during a conference on public transparency and access to official documents, organised by the Justice and Citizens Campaign and BIRN.

Jeta Xharra, executive director of BIRN in Kosovo, noted that the process of reaching a conclusion to the case was a lengthy one but, in the end, the court established an important precedent for future requests of a similarkind.

“I want to encourage every citizen of Kosovo to knock on the doors of public institutions and demand accountability on the way their taxes are spent and use this court decision as an argument that the authorities must open this data,” Xharra said.

BIRN had requested access to documented foreign travel expenses of the former Kosovo PM Hashim Thaci, who now serves as vice-prime minister and foreign affairs minister, and the same information from the current Isa Mustafa government.

The PM’s office had denied access to such information, arguing that it could infringe the privacy rights of public officials because invoices for food and drinks could reveal religious and dietary information about individuals.

BIRN argued this line of defence was not relevant and could not be used to circumvent legal obligations to grant access to official documents, and the court decided in BIRN’s favour.

The court considered the PM’s office claim to be unfounded because public officials’ expenses, especially those of senior officials of state, are funded with money collected from taxes and fees paid by the citizens of the Republic of Kosovo.

Therefore, the court ruled that citizens have a reasonable interest in being directly informed about every penny spent and in knowing how entrusted public officials are spending public money, so that officials may be held accountable for their expenses.

The PM’s office failed to follow all procedures in appealing the case, and therefore the original verdict became conclusive.

At the same venue and hall where BIRN shared its legal victories, the PM’s office had scheduled a conference on transparency and access to official documents.

The government’s conference, which took place immediately after BIRN’s, was organised in cooperation with the Kosovo National Agency for Personal Data Protection.