BIRN Albania journalist Aleksandra Bogdani has been awarded the 2015 CEI SEEMO Award for Outstanding Merits in Investigative Journalism in the professional journalist category. 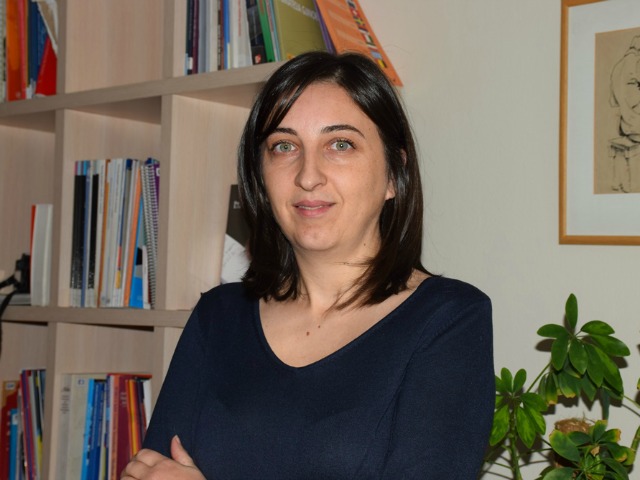 “Bogdani has been awarded for her overall professional achievements as an intrepid reporter covering complex stories of human trafficking, organised crime and child abuse, corruption and national security,” the Central European Initiative said in a statement.

“Bogdani has particularly impressed the jury by the courage shown as a woman producing an in-depth series of six investigations on the network of recruiters who send hundreds of Albanian Muslims off to fight in the Syrian civil war as jihadists for the Islam State of Iraq and Levant, ISIS and the al-Nusra front,” it added.

With more than a decade of experience working as a reporter, editor and deputy editor in chief at different media outlets in Albania, including the dailies Mapo, Shekulli and Top News TV, Bogdani joined BIRN Albania’s office in 2014.

In the category of young professional journalist, the 2015 CEI-SEEMO award went to Ukrainian journalist Nadia Burdey. Burdey was recognized as a promising young journalist who follows high professional standards in a difficult environment in which these standards are not widespread

Bogdani and Burdey will officially receive their awards offered by the CEI (4,000 euro and 1,000 euro respectively) at the South East Europe Media Forum in Bucharest, Romania on November 5-6.