The Macedonian Media Institute on Thursday presented the awards for best investigative stories for 2014. First prize went to Ljubisa Arsic of the weekly Fokus for a series of stories named “Secret manufacturing plant for passports”. 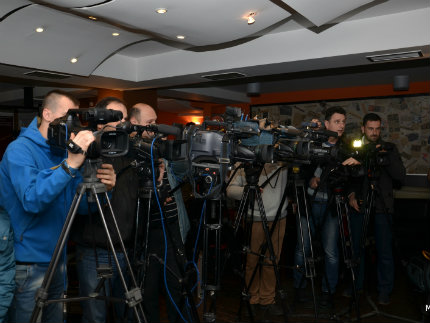 Second prize went to Sonja Kolevska–Delevska, of the daily Vest, for a series of stories on rapes of minors at the Educational Correctional Center in Tetovo.

Vladimir Kalinski also got an honorable mention for BIRN’s story “The pollution in Skopje – crime without culprits”.

The Macedonian Media Institute awards have been given since 2001 with a view to improving and promoting investigative journalism. Since 2013, theawards have been named after the late owner and editor of weekly “Fokus”, Nikola Mladenov, who died in a car accident.