The Complaints Commission unanimously agreed to issue a public reprimand to the Informer newspaper following its reports on BIRN’s investigation into the Tamnava mine. 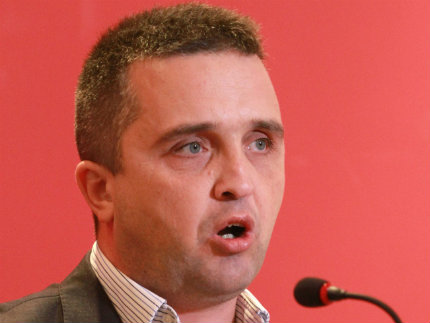 In a session on February 26, the Commission ruled that Informerviolated the section of the Code of Journalists of Serbia related to the veracity of reporting in the article entitled “Wanted to get hold of 23.2 million euro, but are still ‘reputable journalists’ and diplomats,” which it published on January 15.

“BIRN editorial is presented ‘as being part of a media mob and of racketeering the state on behalf of the EU’ and Informerdid not even think that it should all be proved.

“Members of the Commission unanimously decided that Informer had violated the Code of Journalists of Serbia and imposed a public reprimand,” the Commission said.

Since Informer is not the member of the Press Council, it is not obliged to publish the Commission’s decision.

The ruling follows BIRN’s submission of a complaint against Informerto the Complaints Commission of the Press Council on January 23 in connection to the newspaper’s reports on BIRN’s investigation into the Tamnava mine.

In the midst of a public debate on the investigation, “Pumping out the mine and the budget,” Informerpublished false information, slander and unsubstantiated accusations, intentionally or unintentionally ignoring the substance of the topics BIRN dealt with, thus jeopardizing BIRN’s professional credibility and personal integrity, and the safety of BIRN’s journalists.

“The head of BIRN, journalist Slobodan Georgijev, instead of apologizing for the lie, continues to accuse the government of censorship, and claims that he is being persecuted!?!” Informerwrote on January 15.

It also accused BIRN of wanting to get hold of 23.2 million euro. Informer dubbed BIRN journalists corrupt, saying that the EU had paid them to lobby for some EU companies to win the tender in Serbia to clear out the mine.