The debate on Tuesday heard how the Law on Public Procurement is causing problems for the healthcare system and needs to be changed. 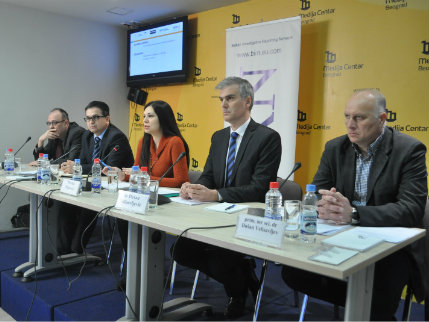 Berislav Vekić, state secretary at the Ministry of Health, told the reminded that the ministry had launched an initiative to change the law.

“We cannot, as a ministry, change the law by ourselves, it is up to the government,” he said, adding that although he expects changes, he cannot promise anything.

Vekić noted that health minister Zlatibor Loncar has already taken the initiative and raised the public procurement problem in the Serbian assembly.

He said that there were problem not only with acquiring linear accelerators, but also magnets, scanners, large appliances for diagnostic procedures, ultrasound and X-ray machines.

“We are the first ministry that acknowledged the data that we have 65 per cent of total health personnel – doctors – who are aged between 55 and 65 years. I wonder what has been done in previous years regarding the rejuvenation of staff and why nobody made sure that we didn’t get into a situation of shortage of specialist personnel in certain areas,” Vekić said.

He said that nearly a third of staff employed in health institutions are actually non-medical staff. “The previous administration employed drivers, porters, stokers and administrative staff, so every third person is a non-medical worker,” said Vekić.

He added that last year about 1,000 health workers were employed – 400 doctors and 600 nurses and medical technicians.

Opposition Democratic Party MP and member of the parliamentary committee for Health and Family, Dušan Milisavljević said that politics should not be the deciding factor in the health sector, noting that many previous governments, including his own, hadn’t considered health and the health sector a priority.

“The health sector is outdated and does not reflect the needs of the citizens of Serbia at the present time,” he said, naming the Law on Public Procurement as one of the major problems.

“Because of this law we are waiting for a radiation therapy appliance for 2.5 years, so patients suffering from severe malignant diseases are waiting in line for radiation therapy for several months, although it has to be done after two, not more than three weeks after surgery,” Milisavljevic explained.

He said that the law is generally not bad since it centralizes the procurement process and thus decreases the possibility for corruption, but it needs to be changed and adjusted to actual needs.

Director of legal affairs of the Republic Fund for Health Insurance (RFZO) Petar Stajković said that it was impossible for two or three regulations to solve all problems.

Stajković said there are two crucial laws that even do not recognize the system of health insurance and health care – the Public Procurements Law and the Law on the Budget System.

“The Law on public procurement of medical equipment and medicines is implemented in the same way one procures chemicals for household maintenance,” warned Stajkovic.

He said that the Law on the Budget System does not recognize health issues in a proper way, as health institutions aren’t budgetary institutions but direct users of public funds through contracts, and rigid application of the law very often leads healthcare institutions into problems.

At the debate, participants also got acquainted with the results of the analysis of the sources of finance for healthcare institutions, implemented by CSO Legal Scanner, and its main finding that some regulations govern the area of finance in a direct way, while others require specific legal interpretation and so have to be changed and unified with other legislative documents in this area.

This debate and the report on sources of financing of health care institutions were produced with the financial assistance of the European Union, within the programme “Strengthening Media Freedom”. The views expressed at the debate and the contents of the document are the sole responsibility of BIRN Serbia and other event participants and can under no circumstances be regarded as reflecting the position of the European Union.