Communication Training for the members of National Minority Council of ethnic Albanians was held in Belgrade on the 25th and 26th of February. 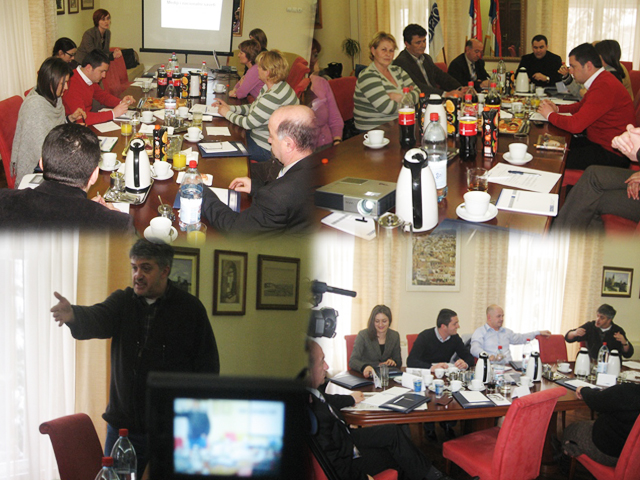 BIRN and the OSCE mission to Serbia, brought together six representatives of different boards of the  NMC in order to strengthen their media communication skills with local and national media and to connect them with Belgrade based media.

On the first day of training, NMC representatives were introduced to the overall situation in the media industry in Serbia, noting the positions of local media – their weaknesses and their importance to local communities.

The mandate of the NMC in the media sphere was also discussed. Dragana Nikolic-Solomon, head of media department of the OSCE mission gave a presentation.

“The NMC should not manage the editorial policies of any media, it should simply promote the most important things the ethnic group it represents and advocate for that” stressed Solomon.

<!** Image 3 align=”right” >Later, trainees were introduced to the results of a survey undertaken by BIRN Serbia on perception of the media in Bujanovac and Presevo.

The survey showed that the community viewed the local media as a tool of the ruling party and that they were not interested in watching such programming.

After two further  presentations and debate on the issues raised, a working dinner was held with journalists and editors from major Belgrade based media.

It proved to be a good platform for sharing information and establishing better communication with national media representatives.

Day two was organised as a workshop. Guided by two experienced RTS journalists and editors, Goran Sinandinovic and Bojan Brkic, NMC representatives were trained how to communicate in different situations.

They were recorded and their statements to camera were analysed. They had a chance to learn how to formulate statements, how to stand and how to deliver their messages in a positive manner.

“It was very useful training for us” said Baki Rehxepi, president of the media board of the NMC.