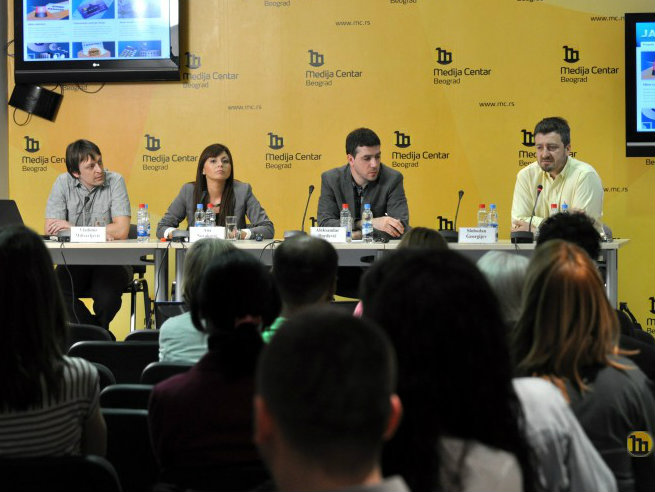 The speakers at the conference were BIRN Serbia journalists Slobodan Georgiev, Ana Novakovic and Aleksandar Djordjevic, and database programme creator Vladimir Milisavljevic. More than 30 media and NGO representatives took part in the conference.

Georgiev said that the database, which the BIRN team has been compiling since 2010, is primarily meant for journalists and researchers as well as interested citizens. The aim of the website is to make information about the spending of public funds easily accessible to the wider public.

“The databases that have been created will be supplemented every year while new ones will be developed. Soon we will launch two more interesting databases, one containing information on how public health facilities and pharmacies spent funds on different medicines procurement, and the other one containing information on all Vuk Jeremic’s travel expenditures while he was minister of foreign affairs,” said Georgiev.

Novakovic said that all the information contained in the databases was based on requests for access to information of public importance and that it took up to six months to collect all the answers for some of the databases.

Djordjevic described how journalists and researchers can use the information from the database to create new investigative stories.

“These databases are good starting point for further research because you are already given the basic information. This is important because when you want to make a good story, the biggest challenge that you are facing is choosing the right topic,” said Djordjevic.

The idea for Javno came from BIRN but our many partners helped to implement it: from the British Embassy in Belgrade to IREX.