Much-needed reforms are still being delayed and persistent problems such as corruption have yet to be tackled, says the latest Government Performance Report from BIRN Serbia. 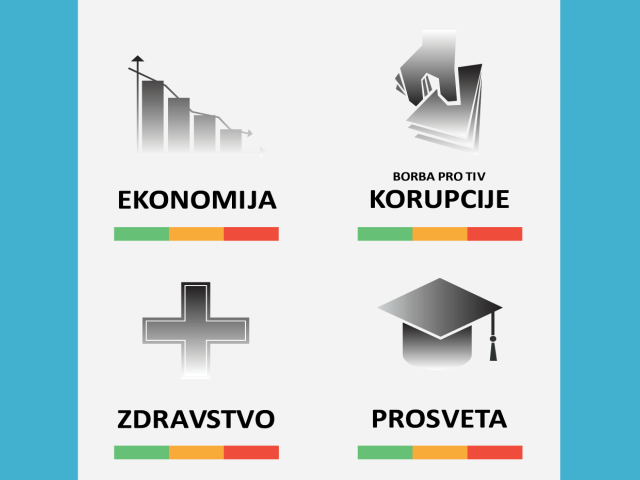 BIRN Serbia’s newly-published report analyses developments in the economy, the fight against corruption and the education and health sectors under Prime Minister Aleksandar Vucic’s government from 2014 to the announcement of early elections in 2016.

The report shows that reduced wages and pensions caused stagnation in consumer spending, unemployment remained high, and economic reform has been much slower than promised.

Serbia is still suffering from widespread corruption and the government has had limited impact on the problem, while convictions for corruption at the highest levels are still lacking, the report says.

The government’s time in office was marked by serious protests by education workers, while plagiarism scandals involving senior state officials have yet to be unresolved.

One of the biggest problems in healthcare relates to the financing of the health system. The anti-corruption struggle in the healthcare sector has only been partially successful, while access to healthcare is still not at a satisfactory level.

The full report is available at Mera Vlade.