Media experts and journalists from south-east Europe who met to discuss how to preserve journalistic integrity said that only a few media in the region, including BIRN, were serving as role models. 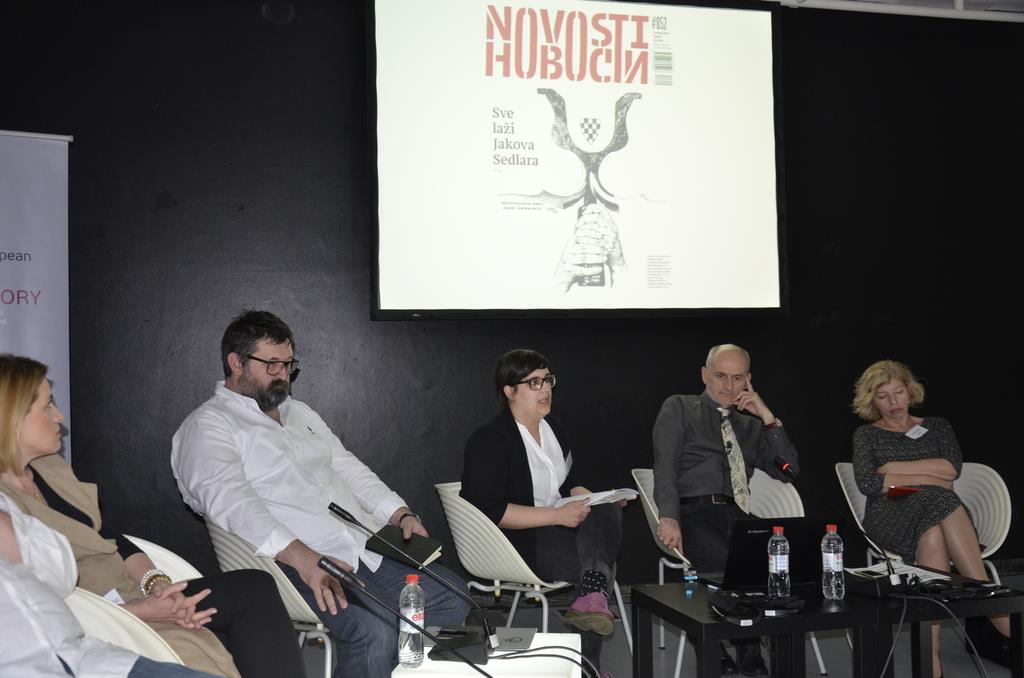 Although the situaiton in media previous years has been worsening, they said there were some examples of good practice in defending media freedoms, citing the weekly magazine Novosti in Croatia, the online magazine Žurnal.info and the Buka online portal from Bosnia and Herzegovina, the Sarajevo-based Centre for Investigative Reporting and the Balkan Investigative Reporting Network, BIRN.

“All the good examples are non-profit media, established by journalists, and they are all clear what the purpose of journalism is. They are clear about their public mission, and journalism as a public service,” Brankica Petkovic of the Peace Institute from Ljubljana said during the discussion.

“Only journalists can save journalism – not the state, not the government, not researchers,” Petkovic added.

The panellists expressed concern about a sigificant decline in foreign financial support for independent media in the region, which is threatening their sustainability.

BIRN regional network director Gordana Igric said this should be addressed as a matter of urgency.

“Media debates in the region should therefore only be directed towards finding new ways of funding investigative and independent reporting,” said Igric.

“Investigative reporting is expensive and some of the biggest media outlets, like Britain’s The Independent, have failed to find a sustainable model and faced closing. If such big media shut down, this could happen to anyone,” she warned.

The round-table participants concluded that they ought to start searching for and developing new financial models because although Balkan countries are in great need of objective and independent journalism, ways have to be found for these media to become sustainable.