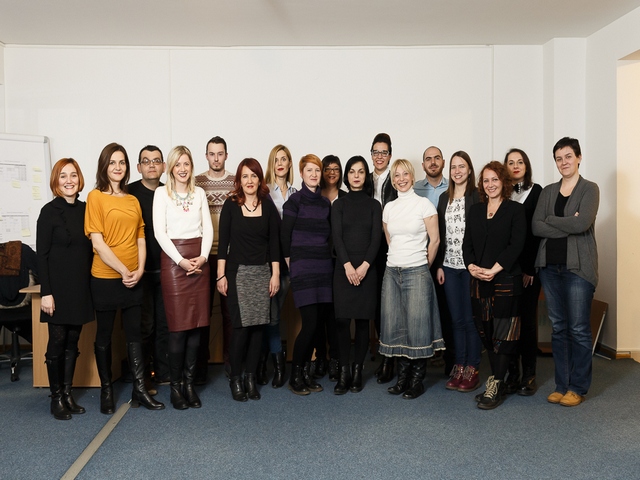 BIRN BIH journalists underwent the training sessions as the organisation began following the work of judiciary in the field of the rule of law in addition as well as reporting on war crimes and preparing a new modern media platform called detektor.ba.

The goal of the specialised training sessions was to modernise the journalists’ working tools and present the content produced by BIRN BiH to as many readers as possible, without compromising its journalistic ethics.

Producers and editors from the leading media outlets in the region and community managers presented BIRN journalists with contemporary methods for creating and organising content with the aim of attaining a better outreach and having better communication with the audience.

The BIRN BiH team learned how to achieve achieving bigger presence and better positioning of their products on social networks like Facebook and Twitter, as well as increasing readership on BIRN’s own media outlet.

Gordana Igric, BIRN’s regional director, also held a training session for junior journalists on investigative journalism, accentuating the importance of fact-checking, objectivity and impartiality, as well as the rule of having at least two sources.