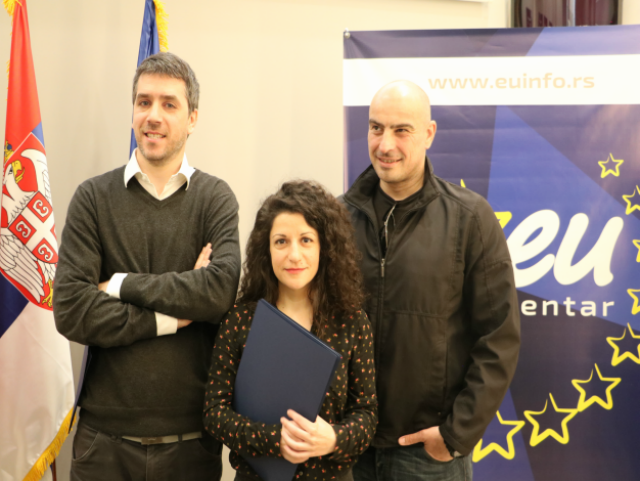 Aleksandar Djordjevic’s report entitled ‘Pumping Out the Pit and the Budget’ was named the best investigative story in 2015 in the EU awards for investigative journalism on Tuesday.

Djordjevic’s story revealed that the public company Electric Power Industry of Serbia awarded a public tender for to pump flood water out of the most important mine in Serbia to an inexperienced consortium, increasing the cost of the whole operation.

After the investigation in January 2015, BIRN was publicly criticised by Prime Minister Aleksandar Vucic and media that support his administration.

Third prize went to Ivan Angelovski, Jelena Cosic, Petrit Colaku and Kreshnik Gashi for a story revealing how a multi-million-dollar road construction contract was quietly handed to a consortium with little highway-building experience and linked to controversial Serbian businessman Zvonko Veselinovic. The story was produced as part of “A Paper Trail for Better Governance” programme, which is funded by Austrian Development Cooperatiion.

The president of the jury, a member of the Anti-Corruption Council, Miroslava Milenovic, stressed the importance of investigative journalism to the general public.

“If there were no investigative journalism, many important events in society, many cases of corruption and social neglect of public goods, the arrogance of the political and economic elite would stay hidden from the public,” said Milenovic.

The award for the best young investigative reporter went to journalists Snezna Djuric and Novak Grujic from the news site Whistle for their ‘Municipal Radar’ series, while RTV Vojvodina journalist Darko Sper scooped the second prize for his story about the trial of a banned neo-Nazi organisation called the National Formation.