The Association of Journalists of Macedonia gave its annual investigative reporting award for 2016 to BIRN journalist Vlado Apostolov on February 22 for his series of articles on properties connected to a Macedonian official, Vladimir Zdravev. 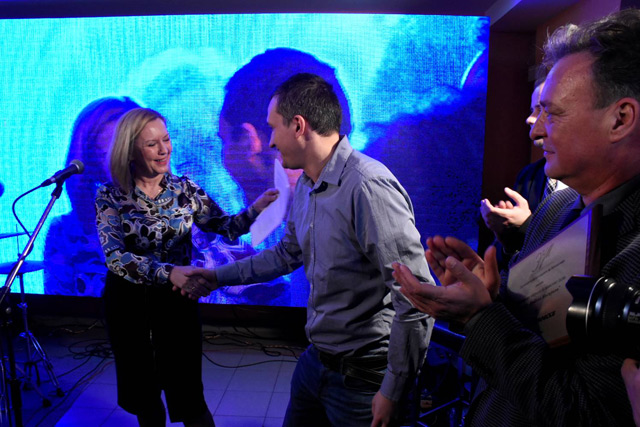 Apostolov received the “Yasar Erebara” award for three investigative articles on properties linked to the former chairman of the Council in the Skopje Municipality of Centre, published on BIRN Macedonia’s website Prizma.

Zdravev is also former director of the state company for electricity transfer and on the board of directors of Macedonian Telecom, in which the state owns a third of the shares.