About 20 NGO representatives and journalists on June 7 discussed priority issues, problems and challenges in the field of inter-ethnic relations in Macedonia. 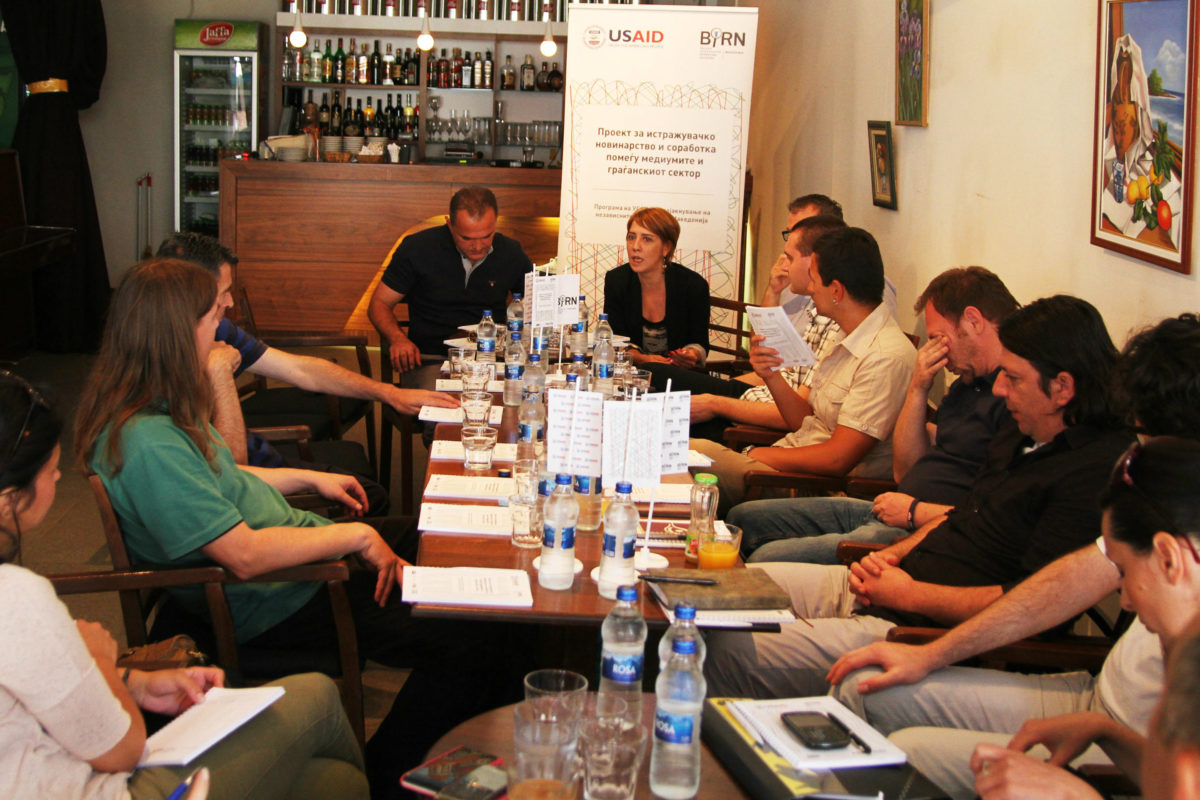 The debate organized by BIRN Macedonia in partnership with the Center for Civil Communications was held in the “Libraria E Çarshisë” (Old Bazaar Library) in Skopje’s Old Town, a place where all the main ethnic communities in the country interact.

The participants agreed that while ethnic relations have been top news items in the last couple of years, they are rarely addressed properly.

Journalists and NGO representatives agreed that bad news should not be the only news, and that good and positive examples should be followed and covered.

A more systematic and continuous approach is missing in this field, as is the political will to make needed changes in education, it was noted.

One of the most important issues spotted in the current year is hate speech as well as inappropriate and offensive chanting at sports events based on ethnicity.

The debate was organized as part of the “Project for Investigative Journalism and Cooperation between Media and Civil Society.”

It was the eighth in a series of 10 debates organized as part of the project funded by the USAID Programme for strengthening the independent media in Macedonia.