The Balkan Investigative Reporting Network (BIRN) in Kosovo published its fifth report on court monitoring for the January-December 2012 period on Wednesday.  The information in the report was the result of monitoring a total of 1,441 court sessions, which resulted in 1,040 verdicts. 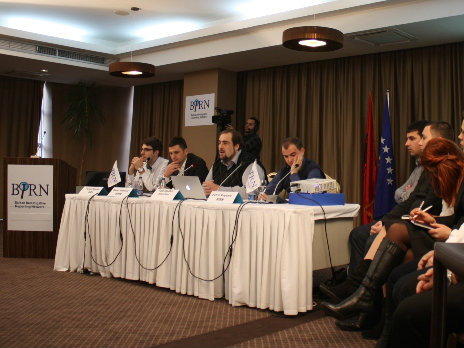 BIRN’s main findings are categorised in twelve points which refer to a variety of problems ranging from the monitoring of corruption cases, procedural violations, failure to respect the rights of parties during court hearings, to the use of mobile phones during the trial sessions.

The head of the Judicial Council of Kosovo, Enver Peci, congratulated BIRN for the work conducted so far, which, he said “represents a target for the fields where the judicial system should be more engaged”.

The  President of the Supreme Court, Fejzullah Hasani, said that BIRN had helped to illuminate errors which legal officials had been unable to investigate.

“I have read BIRN’s report carefully and with pleasure, and I express congratulations for the realistic findings that are welcome for our work,” said the special prosecutor, Besim Kelmendi.

Diane E. Tourell, legal analyst at the OSCE, also complimented the BIRN report and emphasised that the OSCE echoes the concerns caused by procedural violations and would welcome similarly thorough reports in the future.