The European Policy Center (EPC) gathered authors of the “Big Deal” report, which exclusively talks about implementation of Kosovo-Serbia dialogue. 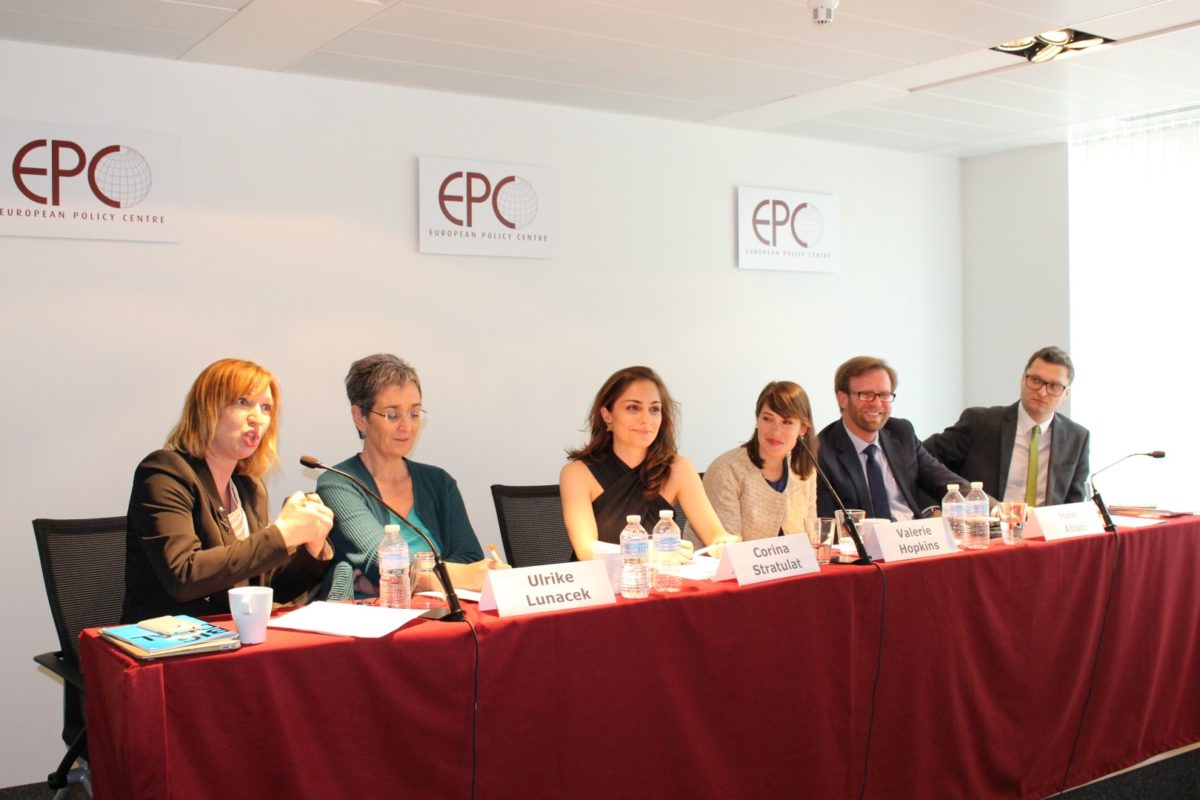 EPC Senior policy analyst, Corina Stratulat gave a few introductory remarks regarding to the report. She pointed out that Serbia’s relationship with Kosovo is central to the country’s EU accession talks, and that following the 2014 elections, both Belgrade and Prishtina agreed to integrate Kosovo’s police and judiciary.

BIRN Kosovo Executive Director Jeta Xharra, explained the methodology of the Big Deal report, its outline and some other key findings, including problems with the implementation of key agreements for the lives of citizens, like car insurance.

Ulrike Lunacek, Vice President of the European Parliament and member of the delegation for relations with Bosnia-Herzegovina and Kosovo noted that the BIG DEAL report was key to her understanding of the level of implementation of the agreements and said it was a valuable tool for her and other MEPs.

BIG DEAL report author Valerie Hopkins highlighted the difficulty in bringing the four northern Kosovo provinces under the control of Prishtina, with delays in unifying the judiciary, adopting municipal budgets and incorporating members of the Civil Protection Corps into Kosovo institutions. One success has been the integration of former Serbian police officials into the Kosovo police, and one complete failure has been mutual acceptance of diplomas.

The discussion involved also Rasa Nedeljkov, Programme Manager at the Center for Research, Transparency and Accountability (CRTA), based in Belgrade, who spoke about the value of creating one account of the implementation process for both Kosovo and Serbia.

Haki Abazi, Programme Director for the Western Balkans at the Rockefeller Brothers Fund, reminded attendees that neglecting Kosovo from an international perspective could have dangerous consequences, citing the ongoing political turmoil in Macedonia.