BIRN Justice Report’s deputy editor Denis Dzidic gave a lecture on June 21 in Sarajevo about transitional justice in Bosnia and Herzegovina, organised by the European Union Centre Institute for the International Education of Students Abroad. 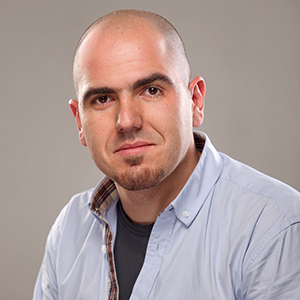 The lecture was attended by 24 students from the United States who were taking part in the German European Union Centre of IES Abroad summer programme on Bosnia and Turkey.

The students were in Sarajevo from June 15 to 22, where they met with NGO representatives, government officials and international experts to learn about the challenges the country is facing.

In the first session, Dzidic spoke about war crimes trials and reconciliation processes in Bosnia and Herzegovina, and especially the role of media in these processes.

He highlighted the problems with establishing the rule of law in post-conflict Bosnia and Herzegovina and spoke about the changes seen after the departure of the international judges at the Bosnian State Court.

In the second session, Dzidic spoke with a representative of the Ministry for Civil Affairs of Bosnia and Herzegovina about the political, economic and social fabric of the country today.