The ‘Conflicting Memories’ focus page presents the results of an investigation into the post-war Balkan monument-building boom, put together by BIRN’s Balkan Transitional Justice team of journalists from seven countries across the region. 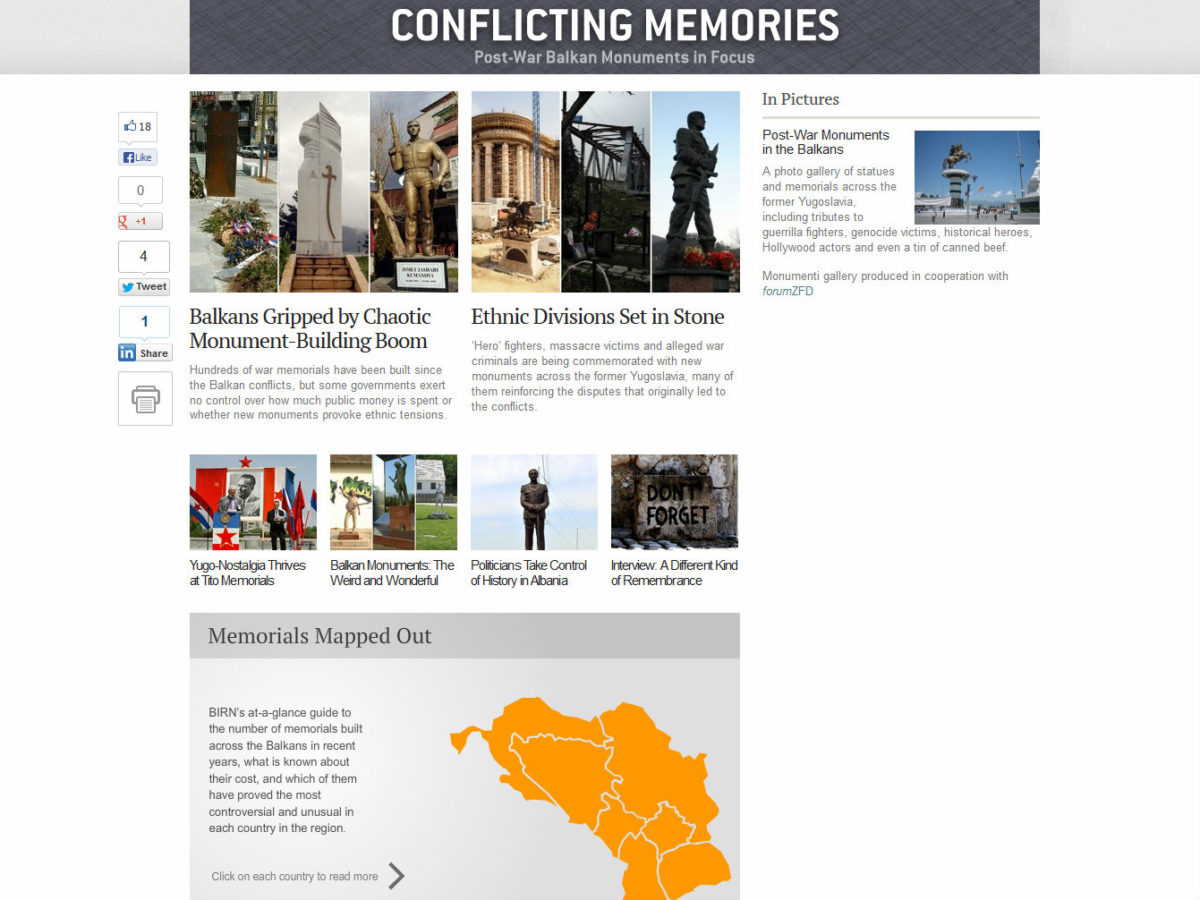 The investigation examines how different states and ethnic groups use monuments to promote their own versions of past events, how governments use them to manipulate history for political advantage, and how they are used as a tool for nation-building in the region.

The focus page includes six features and an interactive map – a guide to the number of memorials built across the Balkans, their cost, and which of them have proved the most controversial and unusual – as well as a photo gallery.

All content is presented in Macedonian, Albanian and Bosnian/Croatian/Montenegrin/Serbian as well as in English.

The focus page was launched ahead of a BIRN debate in Sarajevo which will bring together a panel of experts to discuss memorialisation issues in depth. The event will take place on June 27 at the Historical Museum of Bosnia and Herzegovina.

To find out more: www.balkaninsight.com/en/page/balkan-transitional-justice-memorialisation-conflicting-memories.