The Balkan Investigative Reporting Network in Bosnia and Herzegovina – BIRN BiH –  contributed to one of the largest campaigns ever launched against sexual violence in conflict, the Global Summit on Ending Sexual Violence in Conflict that took place in London 10-13 June. 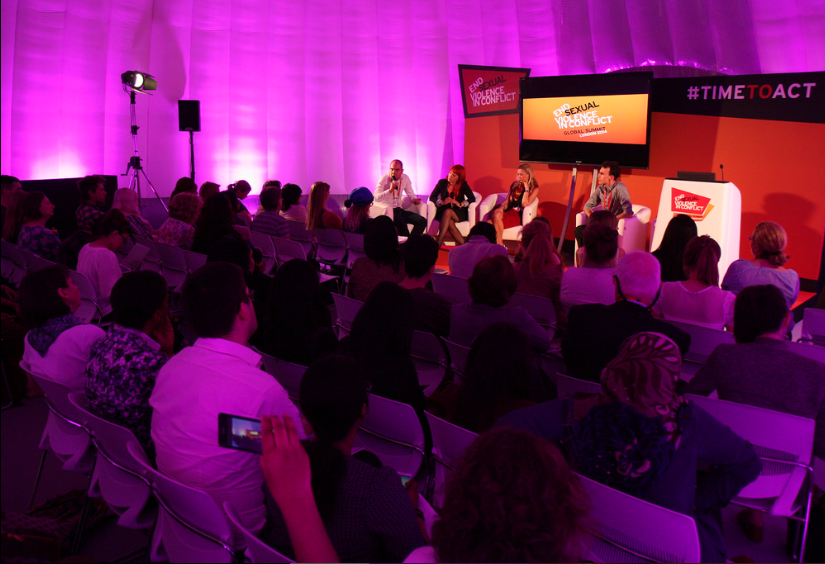 “We were able to get international exposure and take equal part alongside some of the biggest and most relevant organizations dedicated to the cause such as Save the Children, Amnesty International, United Nations,” said Development and Communications Officer at BIRN BiH Zlatan Music.

In addition, the Summit presented a great opportunity to get more insight into the key stakeholders and their opinions on the subject.

“We managed to collect valuable feedback and contacts from the participants who attended our events, and with whom we want to build relationships for cooperation in the future. These include Northwestern University, the London School of Economics and Political Science, and International Federation of Medical Students’ Association,” Music added.

The Summit provided a platform for discussion about the various struggles faced by victims of sexual violence face which can often ultimately render them social outcasts. In this sense it was important to see and to hear political leaders publicly commit to the cause.

The exchange of knowledge and participation at the Summit’s Fringe was surely one of the key organizational achievements of 2014.