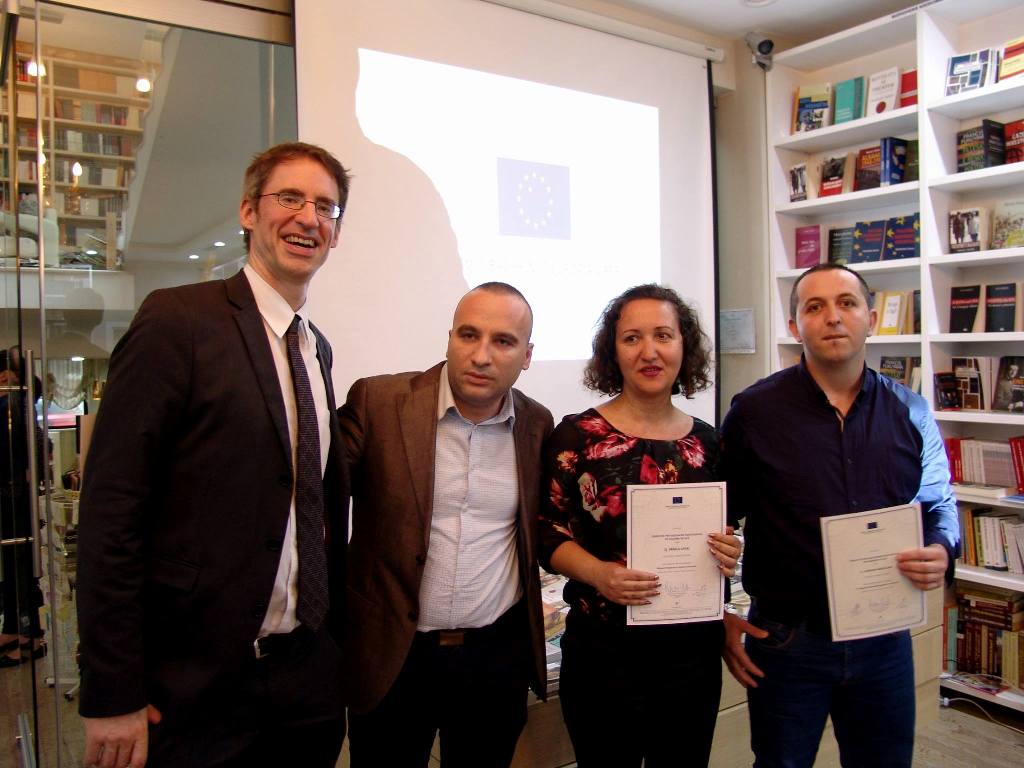 Bakillari was awarded first prize for his article on corruption in the judiciary system, published in reporter.al and BalkanInsight.com – BIRN online publications.

Second prize went to Ornela Liperi of economic magazine “Monitor” for her article on the financial crisis and debt situation of business companies in Albania. The award for best article by young investigative journalist was given to Habjon Hasani for his TV report on the petroleum concession and its effects on economy,

“Freedom of expression and freedom of the media implies a commitment to democracy, good governance and political accountability. These are some of prerequisites for a country to become part of the EU and one of the reasons why each of you play such an important role in creating EU standards,” said Jan Rudolph, Head of Political, Economic and Information Section announcing the EU Investigative Journalism Awards.