The Balkan Investigative Reporting Network in Albania held a training session on March 9th in Tirana on the investigative techniques used to expose the illicit wealth of officials in the justice system. 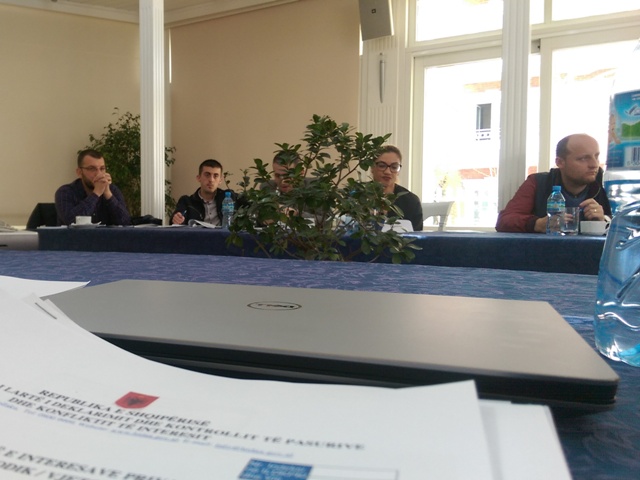 About 15 mid-career journalists from local and national media participated in the training, which provided p a guide to the basic methods and techniques of investigative journalism as well as an overview of the asset declaration system and procedures in Albania.

The training aimed to strengthen the skills of journalists to look closely at systemic issues of illicit wealth and conflict of interest, with a special focus on the red flags raised by the audit of asset disclosures by judges and officials of the justice system.

During the training key aspects of the asset declaration system in Albania were discussed as well as ongoing investigations by law-enforcement agencies and methods investigative journalist can employee to unearth the hidden assets of corrupt public officials.

The training is part of the project ‘Exposing Illicit Wealth in the Albanian Justice System’ supported by the Democracy Commission Small Grants Programme of the US Embassy in Albania.

The journalists who take part in the training will participate in a competition from which BIRN Albania through an independent jury will select story ideas for five investigations and five in-depth analyses related to judges’ asset declarations that will be funded from the project and published with the help of BIRN editors via the online publications BalkanInsight.com and Reporter.al.