Visar started his career as a journalist at the “Kosova Sot” newspaper in 2007. 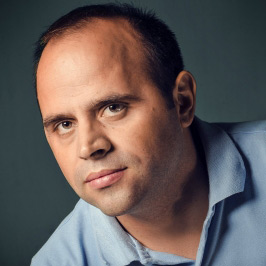 In 2010 he joined the team of the newspaper “Koha Ditore” and worked there until July 2016. Throughout his career, he has been noted for research in the field of economics. He has written in particular about the energy and procurement sectors. He also studied Political Science and Public Administration at Fama College. He is completing his Master’s degree at the University of Business, and Technology, UBT, in Management, Business, and Economics. During his career in journalism, Prebreza has been awarded by the UNDP, the Association of Journalists, the European Union, the Union of Albanian Journalists, the Riinvest Institute and the EU Energy Efficiency Project.

Coordinator for Monitoring of Courts and Law Office