Based in Chisinau, Madalin Necsutu has been Balkan Insight’s correspondent from Moldova since 2017. 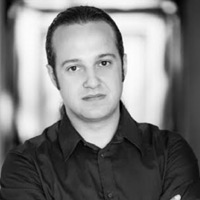 He is a political and investigative journalist who specialises in Eastern Europe and the politics of ex-Soviet states in the region.

He has worked as a journalist since 2006 for Romanian media outlets like the Mediafax news agency and daily newspapers ZIUA, Curentul and Evenimentul Zilei.

He was awarded for his political and investigative stories in Romania by the Romanian Professional Journalists Union in 2016; won the prize “European Reporter in 2017” by the European Commission; and has been awarded in Moldova by the UN Development Project in 2016.

He graduated from the Faculty of History in Bucharest, Romania, where he also completed an MA in International Relations. He did his postgraduate studies on diplomacy and is now doing a PhD in history in Chisinau, Moldova, where he has been based since 2015. He speaks Romanian, English, French, and basic Russian.