BIRN’s regional publication Balkan Insight has been quoted in a number of books and international studies on transitional justice, geopolitics, social and minority issues during 2017 and 2018. 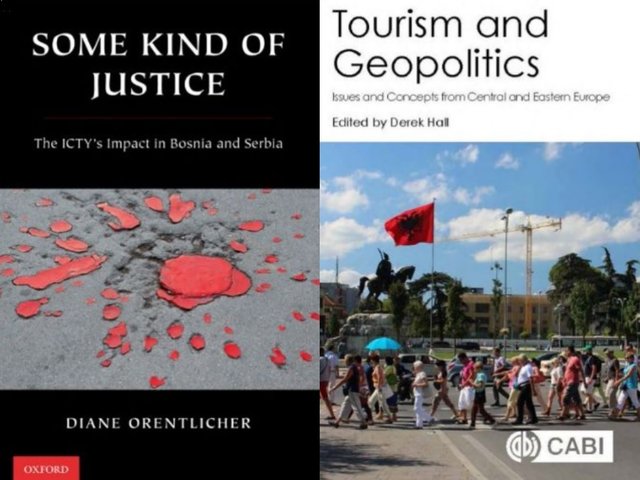 Balkan Insight was quoted in ‘Some Kind of Justice: the ICTY’s Impact in Bosnia and Serbia’, published in 2018 by the prestigious Oxford University Press.

The author is Diane Orentlicher, professor of international law at Washington College of Law, American University.

The book focuses on the UN war crime court’s impact on victims’ experience of justice, on accountability processes, and on official, elite, and community discourses about the wars.

Another book focusing on transitional justice issues that cited Balkan Insight was ‘Replicating Atonement: Foreign Models in the Commemoration of Atrocities’, published in 2017.

Balkan Insight was also cited in ‘Tourism and Geopolitics – Issues and Concepts from Central and Eastern Europe’, edited by Derek Hall and published in 2017.

The book explores relationships between tourism and geopolitics in the Central and Eastern Europe.

Other publications from 2017 and 2018  that cited Balkan Insight texts include ‘Multidisciplinary Perspectives on Genocide and Memory’, edited by Jutta Lindert and Armen T. Marsoobian and published by Springer International Publishing, and ‘Liquid Nationalism and State Partitions in Europe’ by Stefano Bianchini, published by Edward Elgar Publishing.