Marking the 30th anniversary of the siege of Sarajevo, a new BIRN online project features the video testimonials of 44 people – one for each month of the military blockade – recalling wartime hardships, atrocities and brief moments of joy. 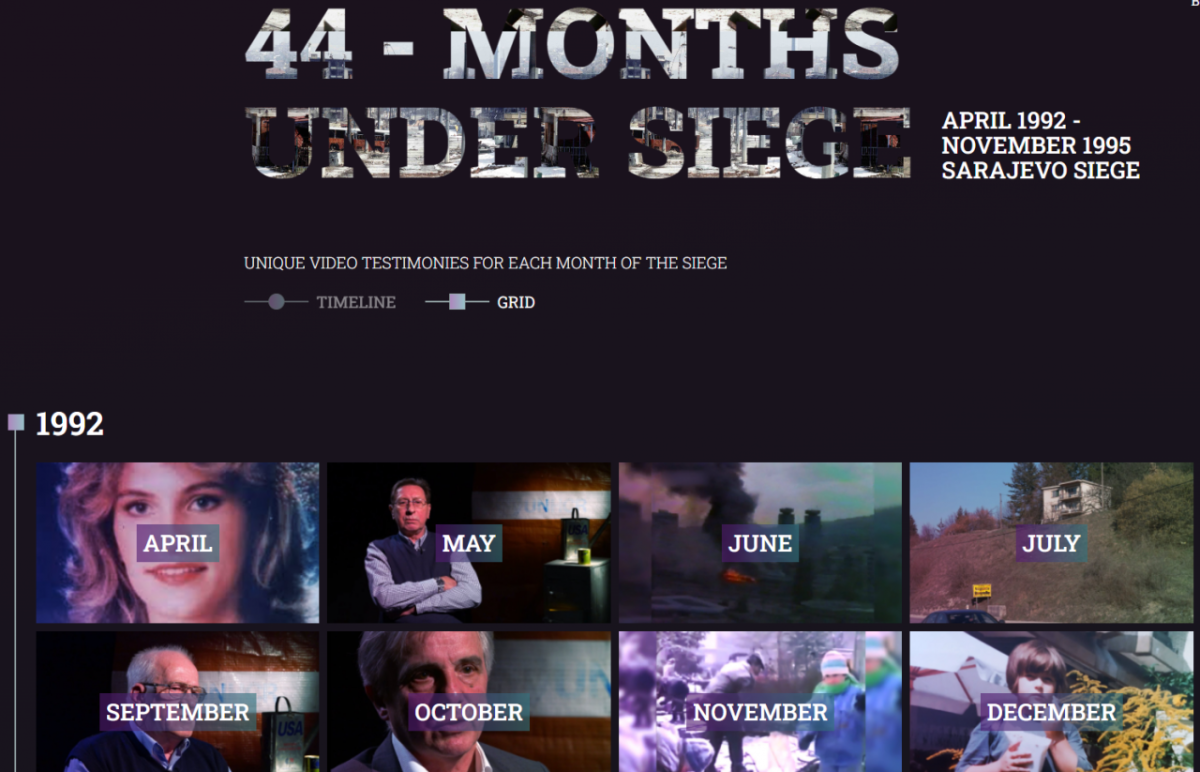 BIRN on Wednesday launched the ‘44 Months under Siege’ project, which features video interviews with 44 people who lived through the 1992-95 siege of Sarajevo, speaking about the dangers and deprivations of living under the longest military blockade of a capital city in recent times.

BIRN recorded interviews with journalists, doctors, teachers, artists, musicians, film-makers and other residents of the besieged city speaking about massacres, sniper attacks, shortages of food, water and power and the dangers of venturing out to find supplies, go to school or hold funerals during the sustained shelling of the city from April 1992 to the end of 1995.

“Focussing on individual testimonials is a unique and very striking way of telling a story about a city,” said Denis Dzidic, director of BIRN Bosnia and Herzegovina.

“This is definitely not a story about everything that Sarajevo’s residents experienced during the siege, but it is a portrait of some of the most vicious crimes, as well as the way in which ordinary citizens countered the terror,” he added.

Jasmin Begic, a journalist who worked on the project, said that most of the people who gave interviews had lost loved ones, been injured or survived attacks that have been documented in verdicts at the International Criminal Tribunal for the Former Yugoslavia in The Hague.

“These testimonials show that civilians in Sarajevo, as stated in the verdicts, were targets of unselective attacks while standing in lines to buy bread and food at markets, and fetch water, as well as children who were killed at their school desks,” Begic said.

“The hardest part was talking to parents whose children were killed and who experienced these traumatic events all over again,” he added.

The videos are arranged chronologically on the page, starting from April 1992 to November 1995. The 45th video is about the importance of the end of the war.

The ‘44 Months under Siege’ project, which was created with the support of the Swedish International Development Cooperation Agency, SIDA, can be seen here.