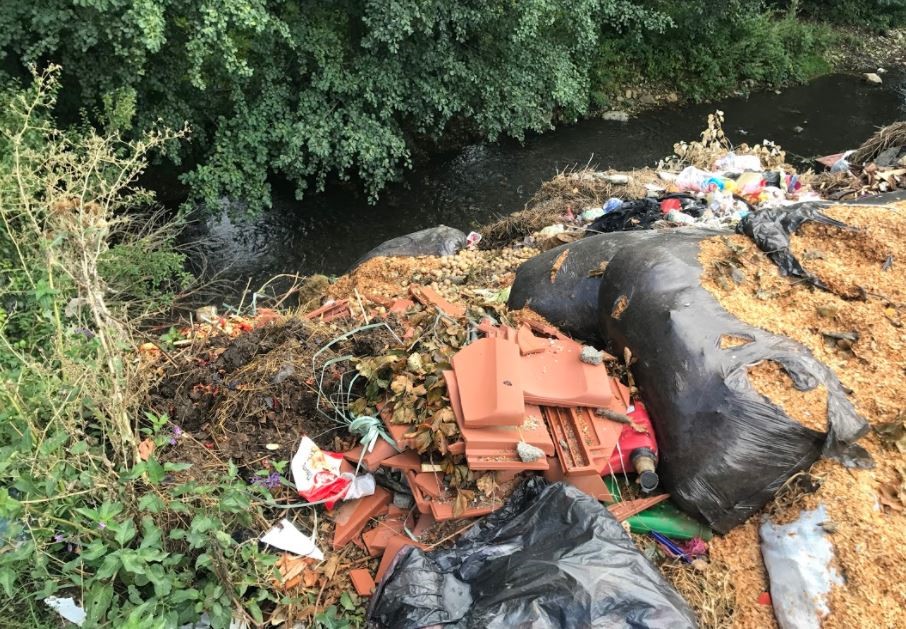 Dragash, also known as Sharri, is a municipality associated with natural beauty that could be used for mountainous tourism development. Thus far, the municipality has invested very little in this sector

This municipality, with a budget worth 6.2 million euros, invests most of its budget on salaries, goods, and services, while only 1.3 million euros are allocated for capital investments.

In 2016, the municipality realized revenues generated worth 131 thousand euros, which is very low compared to other municipalities.

The first thing that catches your eye when you enter the municipality is the waste landfills close to rivers. An investigation by KALLXO.com reveals that there is a severe environmental situation in the mountainous zone in Dragash, considering that both waste and sewage are actually poured into rivers.

Rivers that pass through the villages of Bellobrad, Rapçë, and Bresanë are transformed into waste deposits.

According to the residents of the abovementioned villages, some of the residents throw the waste themselves, and they call on the municipality to engage inspectors to punish irresponsible citizens.

Dragash has water supply issues, although the municipality has plenty of water resources across the Sharri Mountains. Most of the villages are equipped with a water supply network, but are supplied with water for only two to three hours during the day. Many villages do not even use the water for drinking due to its dirtiness, and are forced to get water from different resources.

The Auditor has revealed that only 78 per cent of the budget for capital investments is spent, considering that the project of the main Supplier, initially projected to be worth 500,000 euros, was not realized due to the Procurement Review Body’s complaints.

Te municipality of Dragash is located at the border between the two Opoja and Gora villages. Different languages are spoken in these areas, as Opoja has an Albanian majority and Gora has a Gorani majority.

There are political and infrastructural issues in the education sector.

Based on KALLXO.com’s investigation, there are schools within this municipality that use parallel curriculums.

Serbian parallel structures continue to be present within the Municipality of Dragash, where the lectures are delivered in Serbian, and in accordance with the Serbian government’s curriculum.

Additionally, in several villages, lessons are conducted up to the fifth year, and as such, students from their sixth year up to their ninth year are forced to walk up to six kilometers per day in order to attend classes in the closest school.

These problems were identified by KALLXO.com in the villages of Zaplluxhë, Zym and Brezne, where children walk on roads with no sidewalks; these mountainous zones are even more dangerous due the presence of vehicles and stray dogs.

On the other hand, in Dragash, the students attend classes in the old Ruzhdi Berisha gymnasium, since the new school building is not functional, eight years after construction works began.

Road reparation in Dragash remains another issue of the municipality, considering that roads are not repaired in a timely manner.

KALLXO.com has reported on the pine trees planted by the residents in asphalt pits as a creative way to convey messages to the relevant authorities to close the dangerous pits.

The only gynecologist who was working in Dragash has now retired.

Meanwhile, this municipality has a high level of unemployment, and residents of the villages are leaving.

Out of 1,530 inhabitants, only 300 reside currently in the village of Rapçë, which has a Gorani majority. According to the residents, the village’s youth travelled to European Union countries to find jobs due the poverty within their hometown. In this village, there are also residents who live in severe living conditions.

The current mayor of the country is Selim Jonuzaj, from PDK, while mayoral candidates for the October 22 municipal elections are Admir Šola from Jedinstvena Goranska, Fatmir Halili from Nisma, Samidin Dauti from Vetevendosje, Selami Saiti from AAK, Šerif Aga from Koalicija Vakat, Selim Kryeziu from LDK, and Shaban Shabani from PDK.

Apart from not having communication officials, this municipality also has no women directors and no women mayoral candidates.