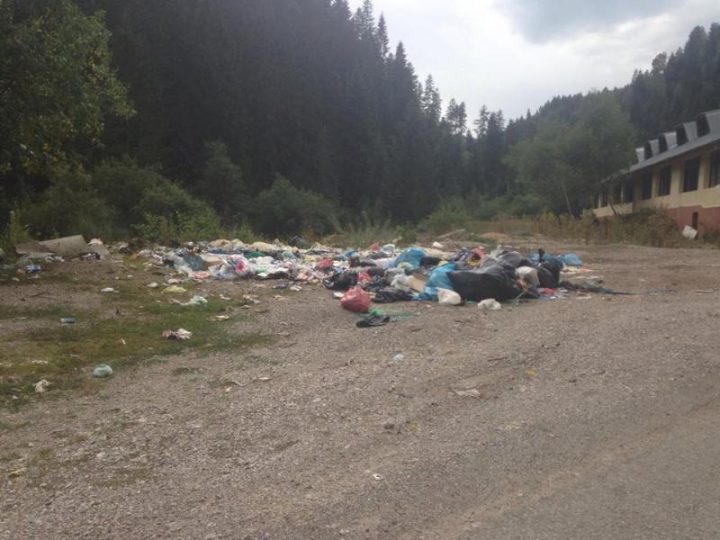 What responsibilities will the Mayor of Peja have after the October 22 elections?

There are two women and five men vying for the position of Mayor of Peja for the next four years.
The municipality, which has about 96,000 inhabitants, has a budget of 22,646 million euros. From this amount, 13,194 million goes towards wages and salaries, while 5,820 million euros are allocated for capital investments.

Peja citizens expect from their next Mayor to demolish illegal buildings within the city, but hopefully the construction of new buildings will be prevented

KALLXO.com’s investigation shows that Peja has a problem with waste management and the treatment of stray dogs. There are also sewage treatment issues in tourist towns and villages.

In villages, there is also a lack of emergency clinics. And although there have been visible improvements in school infrastructure and constructions of new schools, there remains to be issues with the buildings.

During the #DebatPernime debate in Peja, residents had the opportunity to listen to the plans of seven mayoral candidates for tackling these issues.

KALLXO.com has identified roads in Peja that have been neglected for many years. Çamëria Street in the Jarina neighborhood is in a poor condition and has not received investments in a long time.

Residents said they have financially supported road improvement with their own means. But the road is completely damaged and the cuttings in some cases are not visible either. The main reason for road damage remains the overweight trucks that have crossed the Shpetim Bojku road, where new constructions are taking place. Municipal authorities have been notified of the problem, but have not taken any measures in this regard.
Residents of the neighborhood “7 Shtatori” have repeatedly complained about the danger associated with the four-lane Agim Qelaj Street. The speed of the vehicles passing through has often resulted in fatalities for pedestrians, especially students heading to the Xhemajl Kada school, the economic school, and that of the village of Vitomiricë. The road’s lack of speed limit signs, policemen, and signal lights remain to be the residents’ main requests from municipal institutions. KALLXO.com has reported on these concerns, and municipal authorities have promised to solve the issue.

A year after it was paved, part of the Drelaj-Koshutan road in Rugova was seriously damaged due to flooding and the lack of a drainage system on the side of the road. The municipality had invested about 900 thousand euros for this road project.

KALLXO.com visited this site and reported on this issue; the head of the Mayor of Peja’s cabinet pledged to regulate the road within a few weeks.

This year, the Peja Municipality expanded the main city square towards Hotel Dukagjini. There were previously parking spaces in front of the hotel, and now, with the new constructions in the city square, there are only spaces for hotel guests’ vehicles. Now the urban plan foresees space for citizens to walk freely.

This topic has been debated several times in the Assembly, but the municipality has not given a formal explanation of why no actions have been taken.

In addition to this problem, the municipality’s most attractive tourist destinations, the Rugova villages, have no regulatory plans and experience constant unregulated construction.
Waste

Peja is known for tourism, and the livelihood of the industry is in ​​Rugova. But, in these tourist sites, garbage is thrown along the road as well as throughout the villages of this region. Similarly, the city of Peja is overburdened with garbage on a daily basis. Without the presence of trash bins, sidewalks become clogged with garbage.

Ironically, most of the garbage is thrown in front of the Police Station, including on the road to the hospital. The abundance of waste also creeps up towards the school of the blind.

The Municipality of Peja is faced with an enormous sewage issue. The tourist area that hosts many guests annually has no sewage network, and most of the facilities do not even possess septic tanks.

The black waters of dozens of restaurants and hotels in the Rugova area, including those in the villages of Bogë, Haxhaj, Drelaj, and Shtupeq i Madh, are discharged into the Lumbardh River.

Peja has invested in the construction of beaches at Lumbardh, in the Rugova Gorge. Meanwhile, 26 kilometers further, sewage is discharged into Lumbardh, and below, people swim at “Peja Beach.”

Peja’s Lumbardh River has not been cleaned for a long time, and in addition to the water being dryed up, the banks are also filled with rubbish. Sewage flows into the water and crosses the city midway through the river.

After an extended struggle of tenders breaching procurement rules, the main river is finally being equipped with work on its riverbed.

In the meantime, in the Tabhane neighborhood, the riverbanks are collapsing and endangering the inhabitants.
Economic development and tourism

Tourism is the main pillar of Peja’s economic development. Boga remains the main point of tourism, while attractions at Rugova Gorge as such as the zip line have put Peja on regional maps for foreign and local visitors.

Peja’s major tourist project, the vision for the BOREA ski resort, has not yet been implemented. The Municipality of Peja, with a public-private Partnership, initiated this project, and it has projected investments worth 54 million euros.

A finalist amongst the companies was initially believed to be a foreign company, but it was later discovered that a co-owner of the consortium is Valmir Krasniqi, married to singer Adelina Ismaili, said to be related to LDK.

KALLXO.com’s investigation has revealed that the infrastructure of Peja’s school facilities has improved significantly over the last four years. A new high school of medicine has been built, while two other schools are being built, one for music and the other for art.

In 2016, the Municipality of Peja started constructing a new music school facility. But after the workings had begun and the foundation was completed, a water pipe burst, causing damage and thus moving the foundations of the building.

Damages were estimated at around 60 thousand euros. The municipality blamed the Hidrodrini Regional Company for the explosion of this pipe, while the company blamed the municipality. The dispute remains to be resolved by the judiciary.

However, in order to clean up the space, another tender had to be launched, worth the amount of 20 thousand euros.

After all these damages, which were worth of about 80 thousand euros, everything started again from scratch, and the building is now being constructed.  KALLXO.com has reported on its progress since the beginning.

The Municipality of Peja currently has two public kindergartens. During the years, an old kindergarten was ruined, and thus a new one was built. However, the new kindergarten was not built on the same parcel, which was used for the construction of the National Center of Judo, but instead, it was constructed across city’s small park.

About 4,000 stray dogs still wander in the Municipality of Peja. The municipality has initiated a project regarding their treatment, gathering them from the city and taking them to a shelter in the village of Sferka, close to the waste dump. But this initiative did not last long, considering that there were allegations of ill-treatment of dogs by animal rights advocates.

The initiative came to an end when the dogs were released from the shelter. KALLXO.com has occasionally reported on the problem of the presence of stray dogs in the municipality of Peja.

Residents expressed their concern regarding the absence of an emergency clinic in the Rugova region, especially in the village of Bogë, which is the most inhabited village. KALLXO.com reported on this case here.