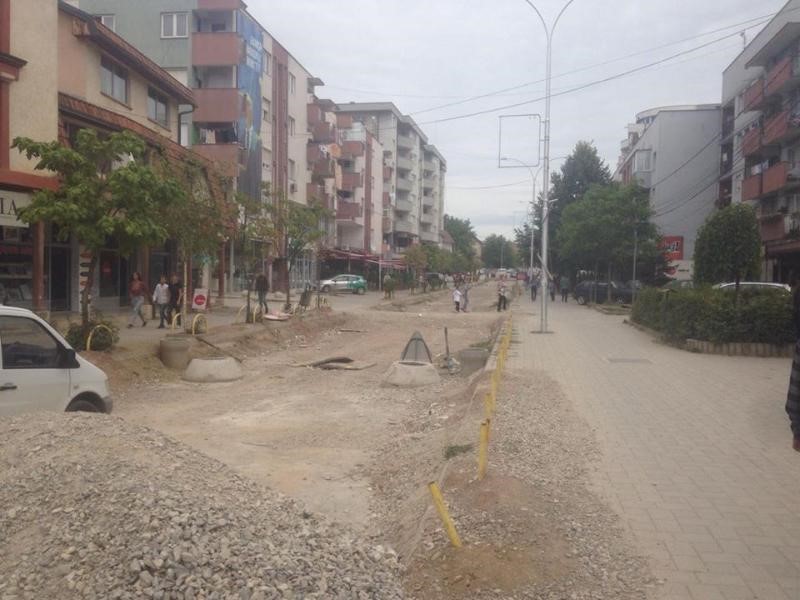 What are the problems and challenges which the future mayor of Klina will have to solve?

There are five candidates from political parties aiming for the position of the Mayor of Klina for Kosovo’s local elections set to take place on October 22.

The municipality of Klina, which has around 40 thousand residents, has to face numerous problems that await solutions to be provided by the future mayor. Klina has an annual budget of 8,645,000 euros available, out of which only 2,111,000 are allocated for capital investments.

The most challenging problem for the future mayor will be to convince the citizens of Klina to consume the water coming from the new factory, while other villages need access and a well-established network in order to be provided with water in their taps.

An investigation conducted by KALLXO.com revealed that the building of a new square in the center of the city has blocked the circulation of cars through Klina. And even after 17 years, this municipality still does not have a bus station.

BIRN Kosovo’s mayoral debate series #DebatPernime (#RealDebates) has sent a team to Klina to research the issues citizens face there. The investigative researchers found that there are problems in treating sewage, environmental pollution, and problems related to infrastructure in health and education.

Some of these topics were discussed during the debate between Klina mayoral candidates, during which five of the candidates presented their solutions for citizens’ problems.

The water treatment factory was initiated in August 2015. Around 2 million euros were invested in it. However, the water that comes out of that factory is not used for drinking by the residents of Klina.

The results published by the Public Health Institute from a study conducted in 2015 state that half of the samples have revealed that the water is not proper for drinking.

Results from the same type of study, conducted in 2017, show that the quality of water in Klina is good and it can now be used for drinking.

The investigation conducted by KALLXO.com has found that the citizens have insecurities when it comes to drinking water, and therefore do not consume it.

Also, in the cafeterias of the city of Klina, no tap water is consumed—only mineral water is served.

The water supply network covers 50 per cent of the territory of the Klina Municipality, and 25 of residents do not have water at all and have severe cuts.

The residents of village Sferka continuously complain about the lack of drinkable water for years now. KALLXO.com reported on these problems with drinkable water supply a few months ago.

Sewage and the environment

The research team has found that sewage coming from the city is poured in the Klina River, which is also contaminated and never gets cleaned.

Many other villages of the municipality of Klina face the problem with sewage.

The investigation shows that one of the biggest villages of this municipality, Sferka, has a serious problem with the sewage system.

The KALLXO.com team visited this village during summer and witnessed the concern of the residents of this area.

The sewage network has been blocked, while sewage is poured onto resident properties, which creates unbearable odors and health risks.

Additional villages of this municipality face the same problem.

Klina residents have expressed their concern about air pollution and the high level of dust caused by the presence of quarries, which are active in the villages of Gllareva, Gremnik, Perqeve, Volljake, and Sferke. The quarries pay an annual tax of 500 euros to the Municipality of Klina.

Data from the United Nations Development Programme show that only 33 per cent of Klina residents are satisfied with the environmental protection and the care given towards nature and natural species in this municipality.

Klina will soon have a new square, which is being built where the main street of the city used to be. The alternative roads that are being used by cars are too tight and they cause lots of traffic. Another problem is bus transport; busses struggle to drive through the tight roads of Klina.

The future mayor will have to continue this project, and needs to offer a solution for the transit roads in order to provide an easier access for vehicles, especially for the heavy vehicles.

Also, the lack of bus stations causes a barrier to street circulation in Klina because the buses wait for their passengers across the streets and disturb the movement of other vehicles.

In the majority of Klina villages, there are no sidewalks, and the citizens must walk on the sides of the streets. This is a great danger, especially to students.

From the field research, it is evident that Klina also has major problems with the lack of parking lots. In the majority of cases, vehicles park on sidewalks or in private parking lots.

Due to lack of conditions in the center of family medicine, the Municipality of Klina has decided to close its maternity ward. As such, the women of Klina cannot give birth there, and must travel to Peja or Gjakova. Fortunately, the clinic can at least provide gynecologist checks.

The conditions of the buildings of centers of family medicine are poor in the villages of Drenoc, Ujmire, and Jashanice. The walls and the windows are damaged, while the infrastructure surrounding the buildings is degraded.

The current party in power has built three new schools, with good standards, during this mandate in the villages of Kpuza, Perqeva, and Jashanica. Also, during the last year, the municipality built new spaces for the Ismet Rraci school in Klina.

Illegal constructions in the Protected Zone

Klina, similar to other municipalities, has issues with illegal constructions. In the village of Dresnik, also known as the “Agriculture Reserve,” based on a decision by the municipality of Klina, is declared as a protected zone due to some archeological findings. The KALLXO.com team went into the field, and many houses built without license were found in this location.

Economic development and the budget

The Municipality of Klina has decided to invest 1.5 million euros in building the square, while in 2016, it planned to invest only 70 thousand euros in agriculture. This municipality has a low level of revenues, and the majority of the budget comes as a grant from the central government. Along with the few own sources of income, it does not manage to spend it within the year, but they are transferred from year to year instead.

There is a potential for economic development in a tourism industry for Klina, since in the zone of Dresnik, as well as in the archeological park of Ulpiana in Prishtina, many artifacts have been found. However, this potential for tourism lacks a clear vision since the municipality is not setting aside other search expeditions for archeological findings close to Dresnik.