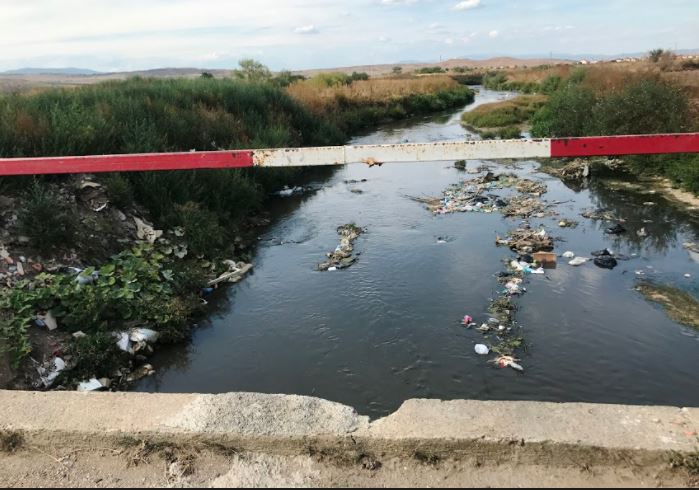 What are the problems in Fushë Kosovë that will be transferred to the next mayoral mandate?

The Municipality of Fushë Kosovë has experienced a recent growth in the development of high-rise buildings, despite a lack of new kindergardens. This is just one issue amongst the many problems that Fushë Kosovë has inherited from the past, which grow year-by-year.

During his 9-year period of governance, the head of the municipality has promised his citizens drinking water, which was not completely fulfilled, considering that half of the city of Fushë Kosovë is not connected to the water plant in Shkabaj due to a pipeline that failed to provide the connection.

Mayor Burim Beriha, who is running in hopes of attaining another four-year mandate, has admitted to KALLXO.com that the 2.5 kilometer pipe is not connected from Ujësjellësi.

“Half of the city is connected to the water plant in Shkabaj, while the other half is not. We are waiting for the ministry to place the water pipeline in Shkabaj for the municipality of Fushë Kosovë. There is no problem with that, but both the government and the Ujesjellesi Company are evidently procrastinating, considering that the amount of 600 thousand euros is available for this project,” Berisha told KALLXO.com before the electoral campaign.

When he was asked about the water issue during the #DebatPernime electoral debate, Berisha shortly answered, “it is important that I do have water, and I get from my well”.

When it comes to urban constructions, in the recent years, the municipality of Fushë Kosovë has experienced rapid development. Only in the last four years, this municipality has granted 168 construction licenses, while seven or eight apartments were identified as illegal constructions.

The current LDK governance has “ensured” the lives of others, while is on leave itself. So, the municipality building of Fushe Kosove resides on rented premises, costing where it pays 16 thousand euros a month, which adds up to 192 thousand euros per year.

The new municipal building, funded by the European Union in Kosovo, which was launched in November 2011, and has not yet been completed due to the problems arisen with the contractors.

The large number of residents who have recently bought flats in the municipality has increased the number of students. Only in the three primary secondary schools “Mihal Grameno,” “Selman Riza,” and “Daut Bogujevci,” the number of students reaches over five thousand, which leads to the schools operating in three shifts.
According to a KALLXO.com investigation, currently in this municipality, it appears that there are three schools that have been started, two of them for six years from the Ministry of Education, Science and Technology, that are not completed and a school in neighborhood 300, where there are complaints from residents for construction on the basis that it is occupying the public space.

While in the city of Fushë Kosovë there is overcrowding in schools, villages do no operate in the same way. The KALLXO.com team revealed that school in the village of Bardh i Vogel was closed due to the small number of students and the lack of teaching staff.

Recently, the municipality of Fushë Kosovë has not built any new kindergartens, while the school facilities in the villages of Bardh i Madh and Miradi continue to be unused since their construction in previous mandates governed by Burim Berisha.

Although the employment of medical staff is not within the competences of the Municipality of Fushë Kosovë, at least the maintenance of facilities remains their competence. KALLXO.com’s investigation revealed that in the village of Bardhi i Vogel, after the emergency clinic was shut down by the medical staff, the facility was left unattended.

By opening the door of this emergency clinic, which was roped off, the serious condition of the facility and medical equipment became apparent. The stomatology chairs, the beds used for patients, and the sterilizing equipment were damaged in different areas.

Rooms where patients had previously received medical services were left in disarray, with various syringes and needles, including for diazepam, were strewn about on tables and floors.

Despite the poor state of medical infrastructure, the Municipality of Fushë Kosovë has invested in road infrastructure, but has issues with sidewalks in the city. This is especially true in the Dardania neighborhood, including in neighborhoods numbered 028 and 029where the Ashkali, Roma and Egyptian communities reside, as well as villages like Miradi, Henc, Bardh i Vogël, Bardh i Madh, and Lismir.

Although about one thousand families live in social assistance housing, Fushe Kosove is among the few municipalities in Kosovo that has invested in solar lighting.

This municipality, located near the capital, has ensured to give away for free to over 10,000 trash bins for its residents in order for them to manage the waste system.

Although this is deemed as a right step by the citizens of Fushë Kosovë, the municipality continues to have issues with illegal landfills.

Speaking to this problem, even the current mayor, Burim Berisha, told KALLXO.com that “we cannot get rid of the illegal landfills issues that we are faced with”.

KALLXO.com’s investigation has highlighted that in the villages of Vragoli, Miradi i Ulët and Miradi i Lartë, including the entrance of the village Kuzmin, there are illegal landfills that go unmanaged by the municipality.

In recent years, the municipality has acknowledged that it has not invested in sewage treatment, except for a memorandum signed with the Austrians and the French, but it may take up to eight years for its implementation.