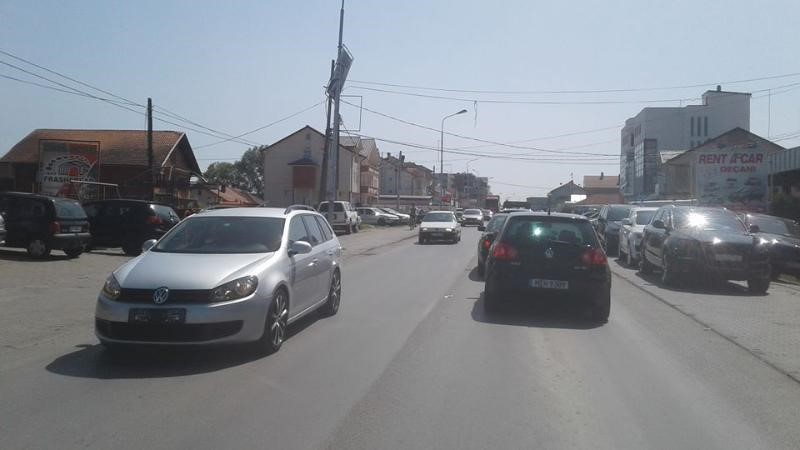 What are the duties of the future mayor of the Municipality of Deçan?

There are five candidates running for the position of Mayor of the Deçan Municipality in Kosovo’s upcoming local elections, set to take place on October 22.

The municipality’s 40 thousand residents expect solutions to the problems they are faced with, such as infrastructure and traffic within the city.

The students of the village of Ratishë remain hopeful to moving to a new school building, and to no longer attend classes in wooden barracks.

These are some of the problems that Deçan residents will demand solutions for over the next local government’s four-year mandate, which has local budget 8 million euros per year. However, half of the budget goes to salaries and daily pays.

On BIRN Kosovo’s mayoral debate series #DebatPernime (#RealDebates), Deçan’s residents were granted the opportunity to be exposed to the promises and governing programs of the five mayoral candidates.

Because the road that runs through Decan is used to connect Peja to Gjakova, the center of Decan becomes clogged every summer with high volumes of traffic. Citizens must wait in traffic for extended periods of time even to travel one kilometer.

There have been talks of the possibility to construct a new transit road to reduce traffic, but no actions have been taken thus far.

Some of the roads that were constructed years ago, such as the streets in the Llukë and Irzniq villages, also require further work and repairs.

None of the 37 villages of this municipality possesses a regulatory plan, though the city has drafted a plan.

In the past four years, the municipality has identified 45 illegal constructions, while only within this year, it has granted seven licenses for construction.

The municipality of Deçan faces an enormous waste problem. Around 30 illegal waste deposits are located within different areas of the municipality.

Three weeks before elections, the municipality began cleaning up its wastes sites.

Garbage is tossed into public spaces in most of Decan’s villages and neighborhoods, and the land remains littered for long periods of time.

There were also problems with the workers of the cleaning company “Hygiene,” who several times have striked due to working conditions, and because they did not get paid.

Illegal forest cutting in Deçan’s mountains continues to be an issue, while rivers are contaminated by sewage. Though the city has drinking water, there is a lack of drinking water within the municipality’s villages.

The workings in the Hydro central have caused damage to Deçan’s valley since the beginning of its implementation. The riverbed, which is shrinking day by day, has been considerably damaged.

The water supply network is extended to most of the villages of this municipality, except for three: two villages in Ratisha, and Maznik. For three years, the residents did not receive water bills, and as such, did not pay for water at all. Apart from that, there has been major water misuse. A few villages complain that there is an issue with their water supply network, considering the existing low water pressure and water cuts.

The municipality of Deçan lacks an emergency center, causing residents to travel to Peja for emergency health services.

When it comes to patient care, the municipality has failed to purchase a transportation vehicle for patients diagnosed with hemodialysis.

In addition to allegations that Deçan’s education system is politicized, the municipality also has issues with school infrastructure, especially with schools located in the villages of Lumbardhë, Maznik and Ratishë.

In Ratishë, a number of students attend classes in wooden barracks and severely inhumane conditions. These school buildings are damaged, and the students are learning in poor environmental conditions. Even the sports grounds remain poorly equipped.

There are no labs in the schools in the whole municipality, while 16 schools work in two shifts, and only six of them are equipped with physical education halls.

When it comes to children care under the age of six, Deçan has only one kindergarten across the whole municipality in public-private partnership, while the municipality’s needs are much greater.

One of Deçan’s assets is its beautiful natural environment and the potential to attract tourism investments. However, a large part of the zone where tourism may further develop is managed by the Decani Monastery.

Deçan’s forests are also an asset, but the best forestry has damaged areas, specifically due to cutting and habitat destruction from hydro-centers and river pollution.