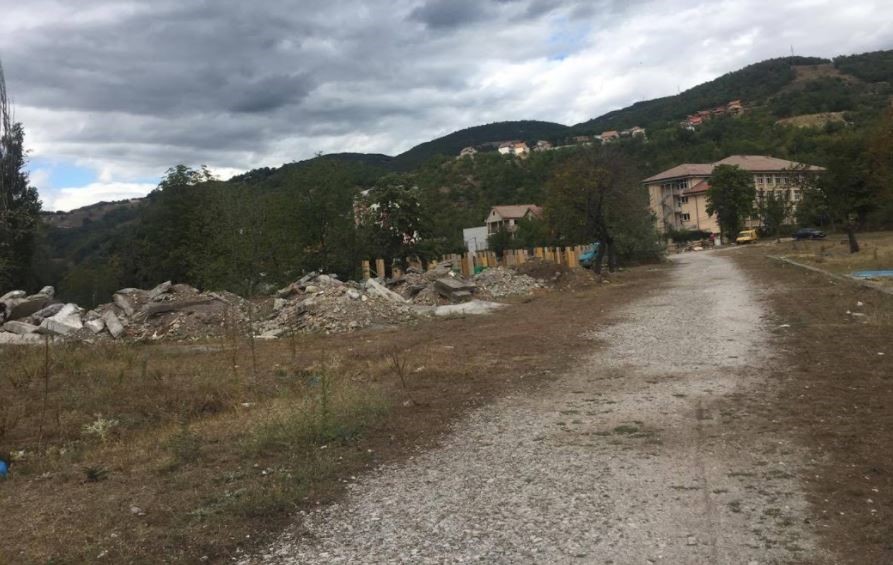 What problems will the Mayor of Hani I Elezit confront after October 22?

Two men and one woman have entered the race to take over the governance of a small municipality in eastern Kosovo, which despite the fact that it has separated from Kacanik in administrative senses, still remains dependent on it for providing some essential services in the fields of health and education.

Hani I Elezit, a municipality that has almost 10 thousand residents, is still facing problems of all kind.

This municipality, which was established a decade ago, has on the top of its list of problems the need for a regular supply of drinking water.

Residents of Hani I Elezit also complain about the illegal waste disposals and the sewage odor.

BIRN Kosovo’s mayoral debate series #DebatPernime (#RealDebates) has uncovered the major issues residents face, including an investigation by the KALLXO.com team on the state of the Sitnica River in the middle of Mayor Rufki Suma’s mandate. The River continues to be contaminated by the dumping of waste and the negligence to clean it.

The main Family Medicine center does not have a director and it works under the management of the head-nurse.

In Hani I Elezit, there are neither gynecologists nor dentists, while in order to receive such services, the citizens of this municipality have to travel to Kacanik and Ferizaj.

The bus station for the municipality has remained only a dream, while after several requests for a kindergarten, the mayor decided to find a location to start building it by the end of his mandate, only a few days before the October 22 elections.

In order to have all these problems solved, the municipality of Hani I Elezit has 740 thousand euros for capital investments, while the remaining part of the budget is allocated to wages and salaries.

One of the mayoral candidates for municipality in the upcoming elections a PDK member who in 2014 was sentenced to six months in prison because he was charged with stealing votes.

Clean water, the wish of every citizen of Hani I Elezit

The city has the water factory in the village of Dimica, which was built with the help of donors. One of the conditions of the agreement was the Regional Water and Canalization Company RWCC (KRUK) “Bifurcation” vowed to manage Hani i Elezit’s water supply system.

This has not happened as of today.

According to KRMU “Bifurcation”, the central level is to be blamed for the mismanagement of water in Hani I Elezit.

The factory in the village Dimica is built as an investment between CDI (Community Development Initiatives) and the municipality of Hani I Elezit, with the cement factory Sharrcem as a partner. The project cost around 450,000 euros, and the factory was launched in 2010. Around 230,000 euros were donated by CDI, 120,000 from the municipality, and 100,000 from Sharrcem.

The village of Dimica remains one of the villages that have become a pit for waste disposals, as no waste has been removed since the middle of the mandate, when our team organized a debate with Mayor Suma. Also, the Lepenc River is still suffering from issues with waste disposals. The sewage in Hani I Elezit contaminates the municipality’s lakes.

The municipality of Hani I Elezit has established local companies for managing waste, and based on their management plans for years 2016-2021, according to Mayor Suma, “they are obliged to eliminate all illegal waste disposals by including the cover of the entire territory for collecting waste from NPL cleaning company”.

The citizens of Hani I Elezit continue to have problems caused by waste since it passes through lakes, causing a strong odor.

The bus station, a dream for the citizens

Hani I Elezit has a regulative plan only in two areas, the center and the park, while it has lack of regulating plans in all villages. There are 1,100 illegal constructions in this city. An investigation by the GAP institute shows that the municipality has problems with parking lots in many areas, while it doesn’t have a space for bus stations.

The Municipality without a Kindergarten

Hani I Elezi does not have kindergartens and the youth can only attend courses in one concentration, which is the general concentration in high schools. The municipality does not have a professional school and the students that are willing to attend a professional high school have to travel to Kacanik. KALLXO.com’s investigation reveals that the schools in Hani I Elezit do not have labs and they also lack spaces for sport activities.

The kindergarten seems to be on its way after numerous requests from citizens.

KALLXO.com reported that by the middle of the mandate, the municipality of Hani I Elezit still did not have a kindergarten.

According to the mayor, there was no location to build the kindergarten. But a few days before ending his mandate, Rufki Suma found a location for the kindergarten and now it is being built.

The Main Center for Family Medicine, three years without a director

In order to fulfill their needs for a cardiologist, a gynecologist, or a dentist, the citizens need to travel to Ferizaj.

A small budget and high debt

Hani I Elezit has very few revenues, while the General Auditor has found that the municipality has bailed out 6,500 euros of debts to businesses, which rent spaces from the municipality.

This bailout is contrary to the law, since the law on bailing out debts does not foresee that the municipalities should bail out debts of rent.

According to the auditor, the Director of Urbanization has taken an independent act related to debts of tenants. The audit found that the rent debts have been bailed out for 14 tenants of municipality properties worth in total 6,615 euros, based on the law on bailouts. According to the auditor, this law does not foresee the bailout for rents. The bailout for rents without legal basis is contrary to the law and causes financial losses for the municipality.