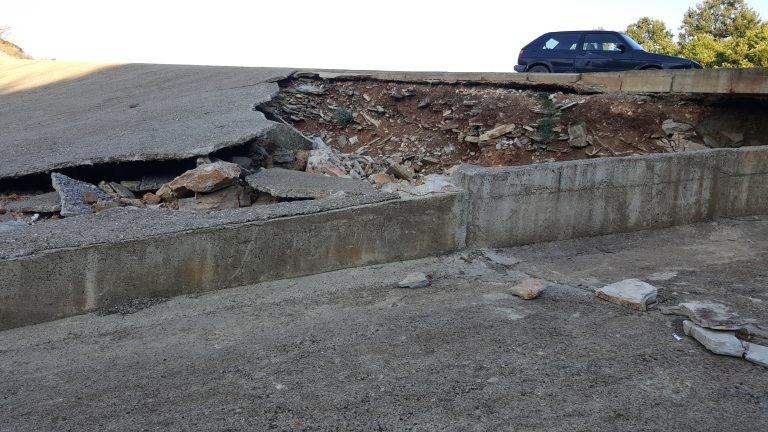 What are the problems and challenges the next mayor of Malisheva will face?

Malisheva, with the support of the local governance, has managed to not allow its citizens to die from tick biting, which cause hemorrhagic fever. In the past few years, tick biting deaths were avoided.

However, Malisheva has many other issues, which are not to be proud of. The most challenging problem of the next mayor will be the irrigation system and sewage treatment.

Half of the population in this municipality is connected to an irrigation system, although an irrigation tube that ends at the collector, crosses through the city.

This tube is severely damages, and the sewage does not reach the collector, but is discharged into the river. This collector, which passes through the main collector from Temeqina that connects all villages of Malisheva, does not connect the villages of the municipality. As such, the collector is damaged, and entirely out of function. All sewage is discharged into the river of Mirusha, and ends in the artificial lake. This recreational lake is now transformed into a sewage collector.

In the beginning of 2016, the municipality of Malisheva, has had issued with flooding, although the issue remains prevalent even today. Moreover, in the village of Mirusha, people live their lives fearing that one day the dam, which is located by the municipality that supports the artificial lake, may explode due to the damage it has suffered.

This dam is severely damaged from the recent floods in Malisheve, which may severely threaten the lives of people residing in the neighborhood of Mirusha.

The Municipality of Malisheva has issued 53 construction permits. Only three areas of the city have regulatory plans: the neighborhood “Gërmiza”, “Goleshi” and the center of Malisheva. The rest of the zones, and the villages may construct buildings by no particular plan or regulatory. The Municipality of Malisheva still has no Municipal Development Plan. Although the plan was drafted by the executive and approved by the Municipal Assembly, it has not yet received the approval of the Ministry of Local Government Administration. In the given municipality, there is a significant lack of public lighting, specifically in the villages of Malisheva. In Caralluka, the construction was annulled about 120 meters in the most dangerous zone for children, which leads to the “Ragip Latifi” neighborhood, within which numerous students live.
The municipality continues to face problems within the education sector, although it has made investments in this particular field, specifically construction of the first kindergarten. Firing and rehiring teachers based on the decision of court decisions is another highlighted problem, while the results of the national test show that only 77% of Malisheva graduates have passed, in the first term, the national test. Contrary to the given municipality,  in Gjakova, 85.71% of students passed this test.

The municipality of Malisheva has no football stadiums in function. This stadium was built under the governance of Isni Kilaj, however, it soon was demolished under the governance of Begaj although no game was played. In 2016, the municipality of Malisheva has signed a memorandum of understanding with the Ministry of Culture, Youth, and Sports in regards with the stadium renovation, but the given stadium remains non-functional still.

According to the Agency of Statistics, Malisheva has 56 thousand residents- almost reaching the number of residents in Lipjan and Drenas, and 15 thousand more residents than Fushë Kosova. In 2016, Malisheva had only 586 thousand euros self-generated revenues, while in 2016, the municipality had an amount of739 thousand euros self-generated revenues. Malisheva\s revenues are for 1 million lowekr than those of Lipjan, half a million lower than those of Drenas, and 1.3 million euros lower than Fushë Kosova.