A regional study of public debt in the Western Balkans was launched at an event in Podgorica, Montenegro on September 19. 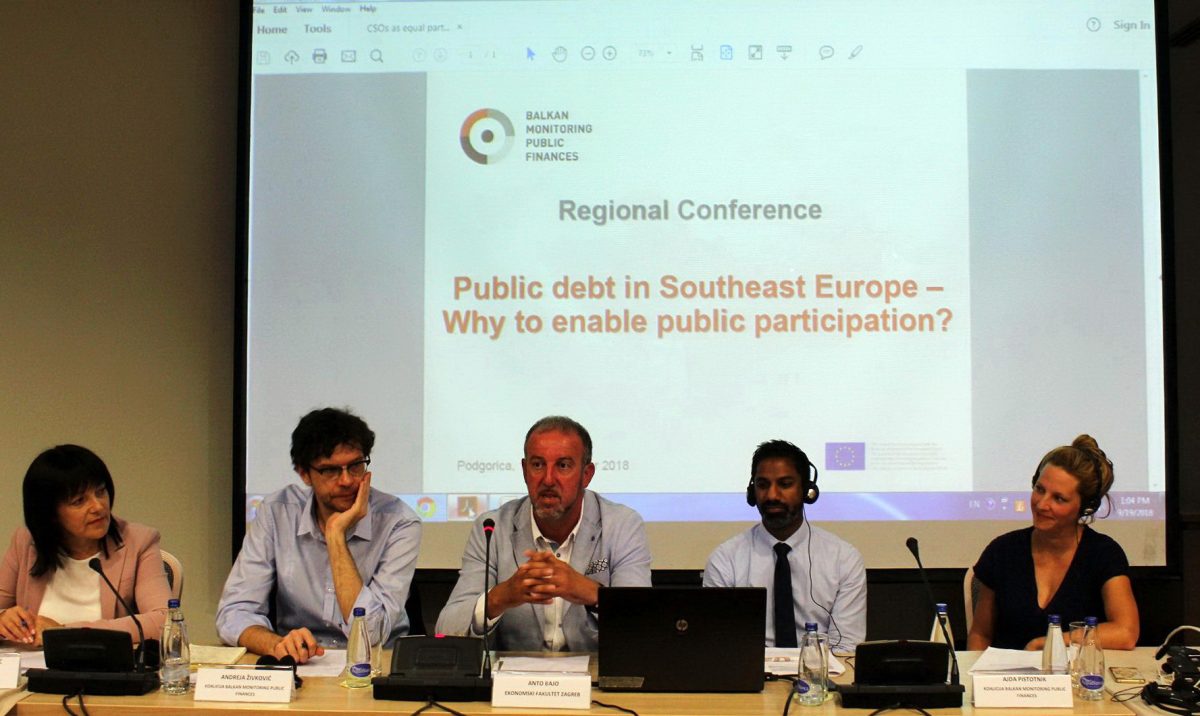 The study is part of the Balkan Monitoring Public Finance project, a joint effort involving BIRN and nine other civil society organisations from EU accession countries in the Western Balkans (Bosnia and Herzegovina, Macedonia, Montenegro, and Serbia) and EU member states (Slovenia and Bulgaria).

It is designed to improve the accountability and transparency of public finances in the targeted countries and strengthen civil society’s role and voice in monitoring countries’ performance in this area.

The study shows that rising public debt has raised concerns about the long-term sustainability of public finances, particularly given that debt tolerance level is lower for lower-income economies.

The event in Podgorica included a discussion with representatives of the World Bank, the Montenegrin parliament, Western Balkan civil society organisations and prominent media from the region about how to jointly tackle the unsustainable levels of public debt in Western Balkans.

“Debt management activities should be audited annually by external auditors and audits of government financial statements should be conducted regularly and publicly disclosed,” argued of the authors of the study, Andreja Zivkovic from Wings of Hope in Bosnia and Herzegovina.

“The State Audit Office should have a legal obligation to inform and educate citizens in finance issues, about the fiscal performance of governments and state institutions and about the work of the Audit Office itself,” Zivkovic added.

Ajda Pistotnik from EnaBanda in Slovenia, another one of the authors of the study, argued that the public should be involved in discussions on the issue.

“Greater participation by citizens in affairs that directly concern them is in itself a public benefit and is a stimulus to greater transparency and accountability in public finance,” Pistotnik said.