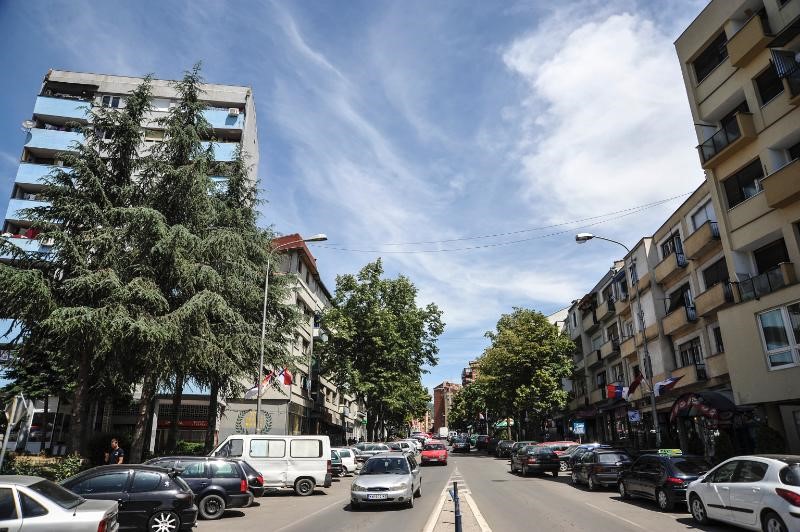 As part of the #RealDebates, the candidates for the municipalities with Serbian majority have presented their plans and have discussed the problems that the citizens face in these municipalities.

The candidate for mayor of Zvecan, Dragisha Milloviq, from Gi Zvecan says that his priority is to ensure safety for the residents of Zvecan, since as he claims, crime is present in the South. For this, he has asked for help from the Kosovo Police, KFOR, and from EULEX.

Alike the other candidates in the municipalities with Serbian majority populations, says that his top priority is to ensure youth employment and development of infrastructure.

Zvecan, like many other municipalities, either Albanian or Serbian ones, has problems with drinkable water supply.

The illegal dump waste are also a big problem in the municipality of Zvecan. The candidate, Dragisha Milloviq, during #RealDebates, said that this issue will be fixed in cooperation with all northern municipalities.

The Municipality of Zubin Potok

The mayoral candidate of Zubin Potok, Sllavisha Bishevac from GI Zubin Potok, said for #RealDebates, that one of his top priority is to prevent population leave from this municipality, as well as lowering the unemployment rate.

Also Zubin Potok faces lack of drinkable water. Despite the fact that the water supply system started in 2013; however, this process hasn’t been finished yet. Bishevac says that he will fix this problem through funds and the municipal budget. He added, that he will employ youth through functionalizing enterprises that haven’t been active in a long time.

The Municipality of Gracanica

The candidate of Gi Novi Pcetak for the mayor of municipality of Gracanica, Aleksandar Çoliq, has said during #RealDebates, that one of his top priorities, if elected as mayor of Gracanica, is to develop agriculture. Headed that special attention will be paid to youth of Gracanica.

The municipality of Leposaviq, alike many other municipalities in the north, suffers from corruption and nepotism. The problem of water continues to be evident since 2008. Despite the fact that 5 million euros were given for building a water basin, this problem still concerns the citizens of Leposaviq. Another problem in this municipality are the waste. The waste disposal is being built for many years now, where the EU has spent about 10 million euros, but the project has not been finished yet.

The latest mayor of Leposaviq, Dragan Jabllanoviq, in the interview given for the show “Life in Municipality”, has presented some of his main priorities for another mandate. He says that he will continue working in infrastructure, where his goal is to pave all roads with asphalt. He says that another priority for him will be the development of agriculture.

The Gi Narodna Pravda candidate, Nenad Radosavleviq has presented three of his main projects, which he says are youth employment, since this appears to be the biggest problem in this municipality. Another priority for him will be, if he leads the municipality of Raillug, is the strengthening of the economy, as well as returning of citizens in rural areas, since there are villages with zero residents in that area.

Also the citizens of Leposaviq suffer from unemployment and the leave of youth from this municipality.

The Municipality of North Mitrovica

Another problem in North Mitrovica is the lack of water supply,

There also two Albanian candidates running for mayor in these elections, Gonxhe Çaysgu and Betim Osmani from AKR.

The Albanian candidates as priorities, have safety and the return of Albanians in their homelands.

The candidate of SDP for North Mitrovica, Oliver Ivanoviq, says that one of his priorities is to fight organized crime in this municipality.

The three interviewed candidates from #RealDebates have stated that part of their priorities, are also the youth.

The candidates have stated that they will be transparent when it comes to projects that will be implemented in North Mitrovica.

The municipality of Kllokot has problems with lack of drinkable water, despite the fact that they have sufficient water resources. They have a water supply network, but it does not function.

According to the Nisma candidate for Kosovo, Mervan Rexhepi, the emergency clinic does not function in Kllokot. One of his promises, if elected as mayor, is to functionalize it.

The municipality of Kllokot, based on the last registration, has 2,556 residents, but it does not have a kindergarten. The Nisma candidate, Rexhepi, has promised that he will functionalize the kindergarten during the Life in Municipality show.

Within the second year of governance, he promised that he will also functionalize the kindergarten, as well as the emergency clinic. He says that the treatment of Serbian community and Albanian residents will be equal.

The candidate of Civil Initiative for Kllokot, Nexhat Rexhepi, said that he will work in developing tourism in the municipality of Kllokot.

According to the PDK candidate in this municipality, Naser Shabani, the lack of sidewalks and public lighting, will no longer be a problem after two years of governance.

Kllokot has also problems with illegal waste disposals. The candidates have promised that during their mandates, the disposals will no longer be an issue.

The current mayor of municipality of Kllokot was sentenced on condition for misuse of official duty. This decision was proven by the Court of Appeal.

KALLXO.com had written about the protest of the Albanian community in this municipality last year, since they have not agreed to name the streets with Serbian names.

Whereas the other candidate in this municipality, Bojan Arsiq, from PDS, says that his main goal is to work in reconciliation of citizens, since according to him, there are cases in this municipality where even brothers do not talk to one another, because of politics.

The candidate Ivan Dimiq from NSK says that the biggest problem is the leave of citizens from Ranillug, and nepotism.

He says there is lack of drinkable water during summer. Another problem is the cutting of trees in this municipality. Dimiq says that Ranillug has problems with illegal constructions as well.

There are 1.787 residents in the municipality of Partesj. Another problem in this municipality is employment, especially of youth.

About 65% of citizens of Partesh live dependent on agriculture.

The candidate for mayor of municipality of Partesh from Gi Narodna Sloga, Nenad Cvetkoviq, in the interview given during #RealDebates has promised that he will work in agriculture, by subsidizing equipment for farmers. According to him, in the future mandate, every house will have its own container, and there will be no longer problems with illegal waste disposals.