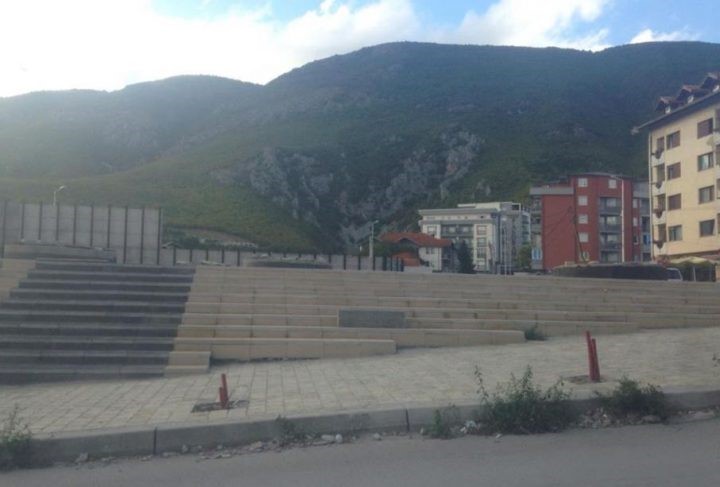 What do the citizens of Istog expect from their new mayor?

There are five candidates running for the position of mayor of the Municipality of Istog.

With around 40 thousand residents, the municipality, which has an annual budget of 9.3 million euros, is obliged to spend 62 per cent of it on wages and salaries, while the remaining portion is for solving problems concerning the citizens.

But these problems cost more than what the budget can cover.

After the elections, the new mayor of Istog will face many responsibilities.

A typical trip to Istog starts with a visit to the water fountain located above the city, which pours water non-stop, from summer to winter.

However, the residents of this municipality, where there are plenty of water sources, expect that they should therefore also receive water non-stop. They also want the next mayor to work to widen the canal network and the sewage treatment system, as currently, sewage is contaminating the city’s river as well as the agricultural lands in villages.

The students of villages such as Uça and Llukavc i Begut expect to have new school buildings during the future mandate. Whereas the sport lovers hope that they will finally have their sports hall, which started to be built more than a decade ago.

The removal of illegal waste disposals will also be a request for the future mayor of Istog.

Seventy per cent of these villages is not connected to the water supply system. However, even the places that are connected have issues with water supply.

In some of these village, the residents had to find their own solutions, while in the majority of cases, they have to transport drinkable water from different places.

An irrigation network is absent in the majority of villages of this municipality.

The canalization network in the municipality of Istog is also connected to three of the biggest villages of this municipality, which are Vrella, Banja, and Gurrakoc.

However, sewage from the city is poured into the river that splits Istog into two, which is not treated at all.

The sewage network is absent in other parts of this municipality. The residents of some villages have tried to find solutions through septic holes, whereas in the majority of villages, sewage is poured in agricultural lands.

Tre Deshmoret Elementary School in the Uça village has an old building, broken windows, and a weak infrastructure for sports activities. The students of this school attend classes in bad conditions due to damage to the building. Not even the school bathrooms are in good condition. Also, the students of Fan Noli School in the village of Llukavc i Begut face the same situation.

This topic was discussed also during the Life in Municipality debate in 2015 in Istog. The mayor of the municipality, Haki Rugova, had promised that until the end of his mandate, he would intervene in renovating two buildings, but this hasn’t been done.

The sports hall had started to be built in 2003. However, the constructions have not been finished since then. This project, which is financed by the Ministry of Culture, does not seem to come an end after more than a decade since it started being built.

The rough work was finished but there have been stagnations for 14 years. The building is being damaged on a daily basis, while there is grass growing around it and the place has remained in ruins.

The work has been interrupted due to trouble with irresponsible operators and the negligence of institutions. The absence of the sports hall impacts the the sportsmen of this municipality the most, as well as the sport lovers.

The municipality of Istog has decided to build a memorial to the late President Ibrahim Rugova in the location where the city park used to be. Until now, around 300 thousand euros have been spent on this project, and the work that was supposed to be finished by now has stagnated due to problems with economic operators chosen to do the work.

Even the little work that has been done for this memorial has started to get damaged because of the low quality of work.

Istog has a lot of potential for tourism, thanks to the mountains that surround it. However, unfortunately, the woods of this municipality are being illegally cut every day.

Istog is known for the heavy winds that blow during the seasons of autumn and winter. Several times, the winds have caused huge trouble to private houses, agricultural greenhouses, as well as public buildings.

In 2012, the damages caused were worth one million euros according to the assessments, while in 2017 the damages reached the sum of thousands of euros in this municipality.

Until now, the recent damages have not been compensated for the citizens or for the farmers, despite the assessments done by municipal commissions.