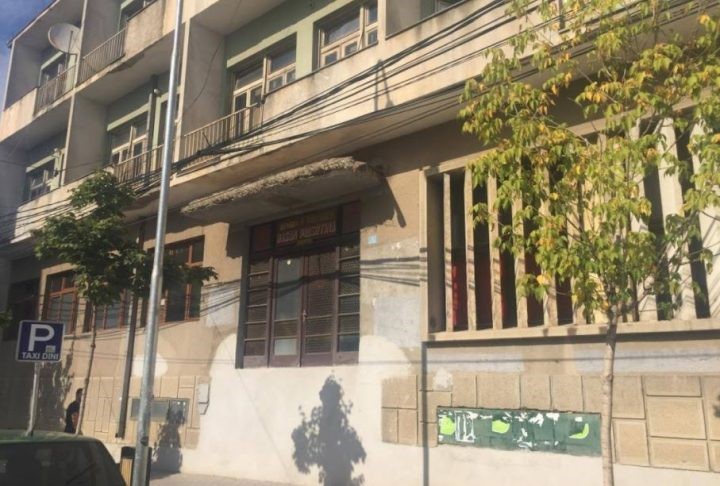 What problems will the mayor of Vushtrri have to face after this year’s local elections?

Vushtrri, which has around 65 thousand residents, is known for its historical monuments such as the Castle of Vushtrri, the Hamam, the Stone Bridge, and the House of Mahmut Agë Gjinolli; however, it also has several basic problems with its cultural heritage. These monuments do not receive institutional care. Months ago, the Castle of Vushtrri was about to be turned into a restaurant by the uncle of the current mayor, Bajram Mulaku, while 36 blocks fell from the Stone Bridge this year.

Residents also face basic problems in their day-to-day lives: Vushtrri has still not had its dream of having drinkable water come true.

This city still has problems with drinkable water, even after the water factory was built last year.

Most of the villages of Vushtrri still are not connected to the water supply system and to the water irrigation. The villages that are further on the outskirts of the city have always had to receive their water supply from alternative sources. Meanwhile, sewage coming from villages that are not connected to the irrigation system is poured in the Sitnica River.

The project for building the water factory was finished in May 2016. This project cost around 8 million euros, granted by the Government of Kosovo. According to the project, this factory is supposed to produce 350 liters per second. However, even after this factory was built, citizens complained about the water supply, and those who live in villages still do not receive water supply from the network.

For three mandates in a row, Mayor Bajram Mulaku promised to provide drinkable water. During BIRN Kosovo’s mayoral debate series #DebatPernime (#RealDebates), the mayor abandoned this promise, and the three other candidates running for this mandate are still promising to provide water supply.

The water supply network lies in 11 villages of the eastern part of Mitrovica, which is supposed to be connected to the Vushtrri-Grace highway, which is being financed by the Ministry of Environment and Spatial Planning and is worth around 400 thousand euros.

The Municipality of Vushtrri has problems with 11 illegal waste disposals, whereas only 57 per cent of the citizens receive waste collection services.

The citizens of this municipality thus dump their waste into illegal landfills, because only half of the family economies in Vushtrri are offered waste collection services.

Some of these disposals are in the villages of Studime, Maxhunaj, and Reznik, and the biggest disposal is in Pestova, where waste from potato production is disposed.

In Vushtrri, only 3 of the 35 schools have labs, and only 2 of them have sports halls.

By the beginning of the new academic school year, this municipality stopped the transport of students due to lack of funds. Around 90 per cent of the villages of this city need transport.

Vushtrri has only one public kindergarten, while for a 4 year mandate, no such building was built.

During this mandate, the municipality of Vushtrri built three schools.

Vushtrri has an emergency clinic, but it does not have enough staff. Despite this, a vacancy announced just before the elections was canceled with the excuse of the current Mayor Bajram Mulaku that the opposition can accuse him for “hiring campaigners during election times.”

Vushtrri has 19 health centers, but there is only one Main Family Center which works seven days per week and with two shifts. All other centers do not work on weekends and their working schedule is only until 3:00 p.m.

In the villages of Zhilivoda and Skroma, the centers work only three hours a day and not on weekends.

The citizens of Vushtrri are currently without two dentists, three nurses, and a few other health houses employees.

However, in this sector, health director Abdullah Klinaku, a while before his mandate ended, was hired in the hospital of the city, called Sheikh Zayed. The hiring of Klinaku in this position was done two months before the cabinet of Bajram Mulaku had its mandate come to an end.

However, this municipality also has problems with a lack of therapy in health centers. In some of them, there is no doctor, with the excuse that “there is missing staff.”

Nineteen health centers are functional in Vushtrri (excluding weekends), and three of them are located in the city. These health centers have an absence of therapy services.

“In some of these centers, the doctor is not present every day because there is missing staff, and the citizens hesitate to visit these centers where there is no therapy, so they are supposed to go to the city,” the municipality said in response to inquiries.

Agriculture and the budget

Kosovo has a law on Gender Eq1uality, which requires men and women to be equally represented at all levels. The Kosovo Ombudsperson insists that this law should be fully implemented. Apart from the fact that the political parties announced their candidacies in the capital city, no woman was announced as a candidate, and both the directorate positions and the municipal assembly fail to be divided equally?

Out of 12 municipal directorates, during the previous mandate, only three of them were led by women.

In the race for mayor of the municipality of Vushtrri for the October 22 elections, the following candidates are running: Abdullah Vojvoda from Nisma, Besim Muzaqi from Vetëvendosje, Ferit Idrizi from PDK, Lutfi Bilalli from AAK, Nasuf Aliu from AKR, and Xhafer Tahiri from LDK.