On July 7, the Memorial Center in Srebrenica and the Balkan Investigative Reporting Network Bosnia and Herzegovina, BIRN BiH, will hold a conference in Potocari on “The Role of Oral History in Countering Revisionist Narratives”. 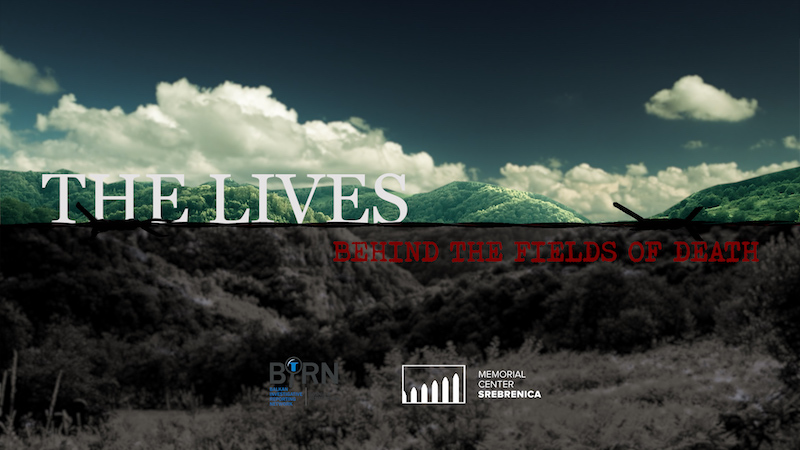 They will present a joint project here titled, “The Lives behind the Fields of Death”, within which a special methodology for collecting oral history from surviving genocide witnesses has been developed.

During the conference in Potocari, the Memorial Center’s director, Emir Suljagic, and BIRN BiH’s executive director, Denis Dzidic, will speak about their experiences in recording oral history.

Suljagic pointed out that through this project the Srebrenica Memorial Center has made a pioneering undertaking of documenting Bosnian history by filming not only the experiences of the July 1995 genocide survivors but also their pre-war lives. “The Lives behind the Fields of Death” records the habits, tradition and spirit of Srebrenica as it was before the events of 1995.

Researchers, as well as the broader public, will have a chance to see the faces and hear the stories, while not having to create an image of the Srebrenica genocide only in terms of the numbers of casualties – which are being denied constantly.

“The idea of this conference is to see how our common history and memories and all our knowledge can find a way to young people in this country both through formal and informal mechanisms. I am particularly glad that the Memorial Center will be the venue for a discussion on this topic,” Suljagic said.

Dzidic said it was shocking that nearly 30 years after the genocide, many young people are still unfamiliar with what happened in Srebrenica in July 1995, and during the entire war. Young people, he noted, are now exposed to denial of genocide and other crimes, as well as the open glorification of convicted war criminals.

“Through this project we have enabled a serious debate about revisionism and the ways to counter it. Following so many verdicts by both international and domestic courts, crimes and genocide are still being denied. It is of extreme importance to start countering that within the educational system,” Dzidic said.

During one of the conference panels, the participants will discuss how oral history can be used to counter revisionism and war crime denial, while international and domestic experts will also discuss how to include oral history in the formal and informal educational systems.

Since October last year, 100 testimonies of genocide survivors have been filmed within the “The Lives behind the Fields of Death” project using, for the first time, a special oral history methodology designed by the Memorial Center.

Through this project financed by the government of the Netherlands, the Memorial Center and BIRN BiH wanted to link individual testimonies with items in the museum collection of the Memorial Center, which survivors have donated. They have also collected new artefacts and testimonies. In future the Center will work on developing the methodology further in cooperation with the De Montfort University from Leicester in England.