Untransparent and uncontrolled surveillance enables infringement of citizens’ privacy and changes how journalists work with sources, concluded the participants of the panel „Influence of new technologies, artificial intelligence and surveillance technology on freedom of expression and the media“, which BIRN organized in cooperation with OSCE. 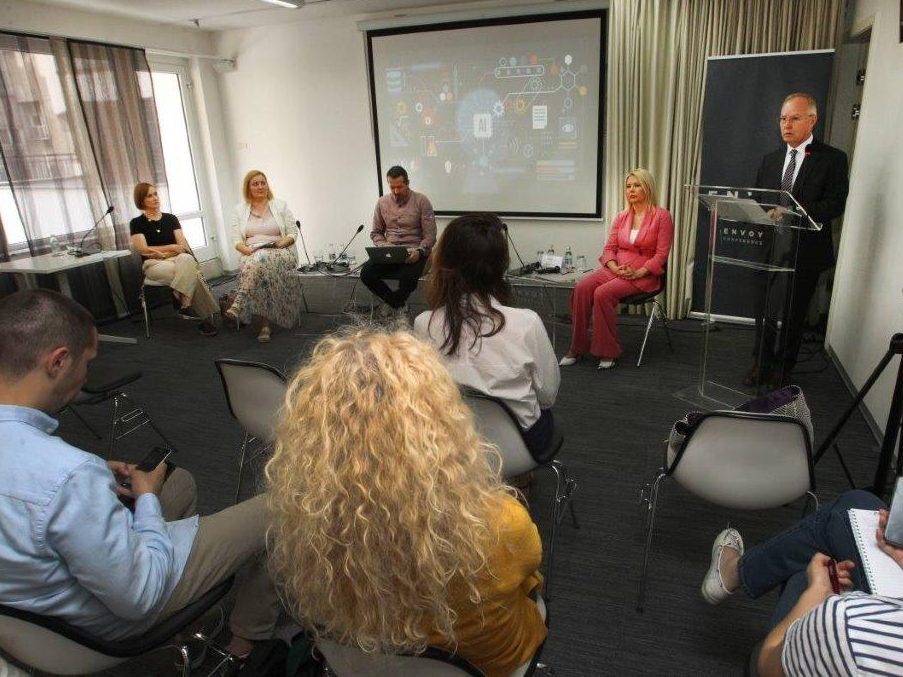 The opening address was delivered by H.E. Jan Braathu, head of OSCE Mission in Serbia and Slavica Trifunović, assistant to the Minister of culture and information of Serbia. She noted that the Ministry is fully dedicated to the implementation of the new Media strategy that recognizes the issue of protection of journalists’ sources, and said that the Ministry has already taken numerous steps in the field of media literacy.

The OSCE ambassador underscored that the problem of surveillance and its impact on media freedoms is not just an issue for the Serbian government, but for European countries as well. Those who control information, control the future. Surveillance technologies created by global online corporations now have a decisive impact on journalistic reporting, protection of sources, and the audience, Braathu said.

Bojana Kostić, author of the report „Uncontrolled surveillance, uncontrolled consequences: Short overview of the impact on freedom of expression and media freedoms“ said that citizens do not truly have the freedom of choice: if you wish to find a job, you must use social network platforms, if you wish to get informed, you also use social media, etc. The democratic society is caught between a rock and a hard place – rising corporate power on one hand, and the power of the state on the other. Surveillance is at the root of their influence.

Surveillance also plays a role in the everyday work of journalists, especially when it comes to sources’ right to protection, which is maybe the most important legacy of media freedoms, said Tanja Maksić, author of the research „Uncontrolled surveillance, new form of pressure“.

The conference and the report are part of BIRN’s programme that focuses on digital rights and media freedoms.

The conference was organized within the project „Action for digital rights – promoting free flow of information and integrity of the media“, which is implemented in partnership with BIRN Serbia and the SHARE Foundation, with the financial support of the Balkan Trust for Democracy and the MATRA programme.