Created as a municipality based on the Ahtisaari plan, Partesh is governed by the mayor Nenad Svetkovic, who has his office on an old oil pump in the village Pasjan, of this municipality. This pump, according to the debate “Life in the Municipality”, belongs to a resident that has helped mayor Svetkovic during the campaign. 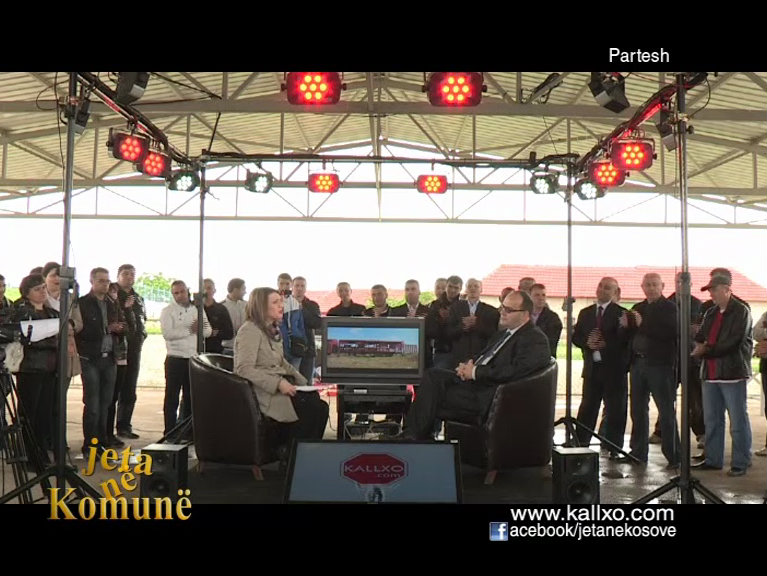 The mayor admitted that the pump belongs to Jetvi Zoran, who is his friend. He hasn’t excluded the possibility that Zoran campaigned for him to be elected in the local 2009 elections in Partesh.

However, his acquaintance with this citizen, he said, is not the reason why the municipality is located in that facility.

“When I started, we were working in a facility in Partesh. Then the Ministry of Local Governance, minster at that time was Sadri Ferati, opened a tender where private residents present their buildings where the municipality can be based. The citizens have applied, and the ministry sent the commission”, said Svetkovic.

From this office, Svetkovic, has directed the plans for building a children’s park in the center of Partesh, a street around the church of this village, a football court and a new facility for the municipality and its house of culture. These are some of the successes that the new municipality boasts about. However, there are projects that are subject to complaints.

Partesh has built a facility in the village Pasjan that it intends to use as a hospital, however it hasn’t been open to citizens due to lack of medical equipment and staff.

Meanwhile, officials of the opposition have expressed their complaints about the implementation of the project of repairing the riverbed in this municipality.