On May 23rd, in Prishtina, a third roundtable was held with the title “Perception of NGOs and Media in their role and engagement in the Brussels’ dialogue,” organized by the NGO New Social Initiative (NSI) from Mitrovica and BIRN Kosovo as part of the project “Increasing capacities and credibility in Albanian and Serbian NGOs and media in Kosovo”.  The purpose of this UNMIK-funded project is to establish cooperation between Kosovo Albanian and Kosovo Serb civil society and media organizations. 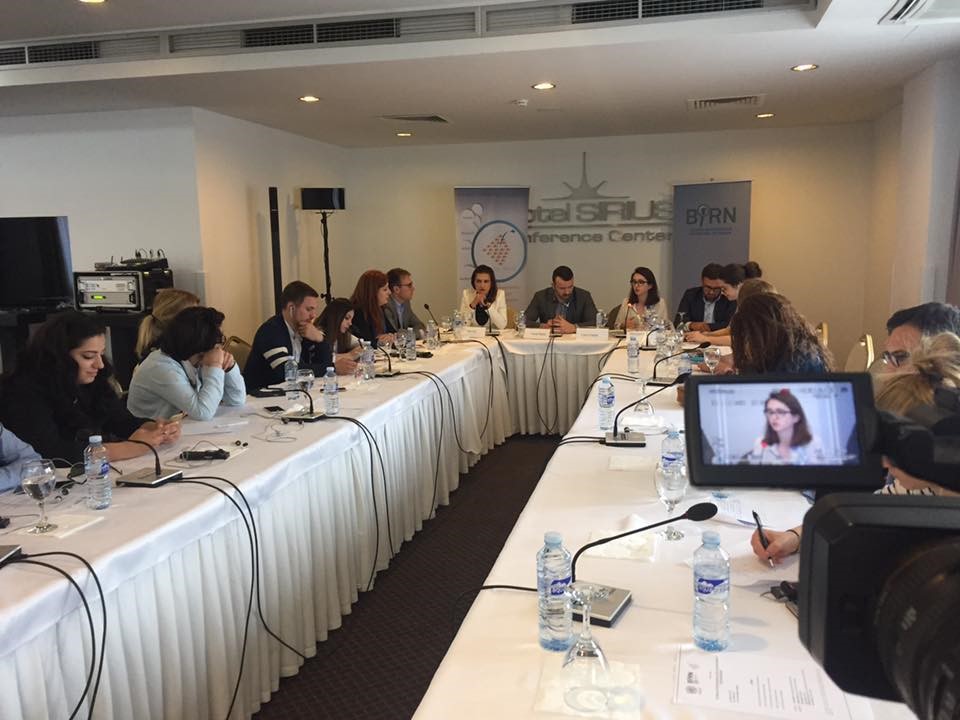 The moderator of the roundtable was Lazar Rakic from the Alternative Dispute Resolution Center. He asked the media and civil society representatives whether they have a system of exchanging experiences and information sharing in regards to the Kosovo-Serbia dialogue process.

“I think that there has been enough space for the civil society to be engaged indirectly in the dialogue. Part of the blame is with the government; they haven’t always been forthcoming with discussions, and there was something they were not telling us,” Shpetim Gashi from the Center for Inclusive Governance said.

Sonja Sovrlic from RTV Mir in Mitrovica said that this is a painful topic for Belgrade, and that Pristina has not included many people in the process. She added that some of the agreements reached have been lacking in clarity, with clear divisions in how Albanian and Serb media report on the issues. Some agreements have still not been implemented, she said.

Lura Limani from Prishtina Insight emphasized that only after media lobbying, and in particular the lobbying efforts of BIRN, did the Brussels-negotiated agreements become publically accessible. She also emphasized that the negotiation process lacks the involvement of Kosovo Serbs because Belgrade speaks on their behalf; meanwhile, she said, Kosovo Albanians also do not feel that they are part of the process.

Shkelqim Hysenaj from the Association of Journalists in Kosovo argued that the dialogue process has been plagued by several failings, including negotiators not responding to phone calls from journalists. Additionally, there have been issues with transparency, and both teams have not had strategies for communicating with the public and the media, or how to discuss the agreements with other ethnic groups. He said that the Kosovo representatives have not answered why there is no person of reference to communicate directly with journalists.

Milica Andric from NGO Aktiv in Mitrovica said that it is problematic when negotiators are not well informed about the situations of people in reality. According to her, implementation is the most crucial aspect of the dialogue process.

The roundtable also included representatives from Epoka e re, Tribuna, BIRN, and Kosovo’s public broadcaster, RTK. Participants were eager to continue such discussions on the dialogue between Kosovo Serb and Kosovo Albanian civil society and media organizations.  Prior to this roundtable, two other roundtables were held in North Mitrovica and in Leposavic, where similar concerns and issues were raised.