On May 25th, law students in Kosovo enjoyed an interactive discussion with Alexandra Papadopoulou, the Head of European Union Rule of Law Mission in Kosovo, at a forum organized by BIRN Kosovo in collaboration with the University of Prishtina’s Faculty of Law. 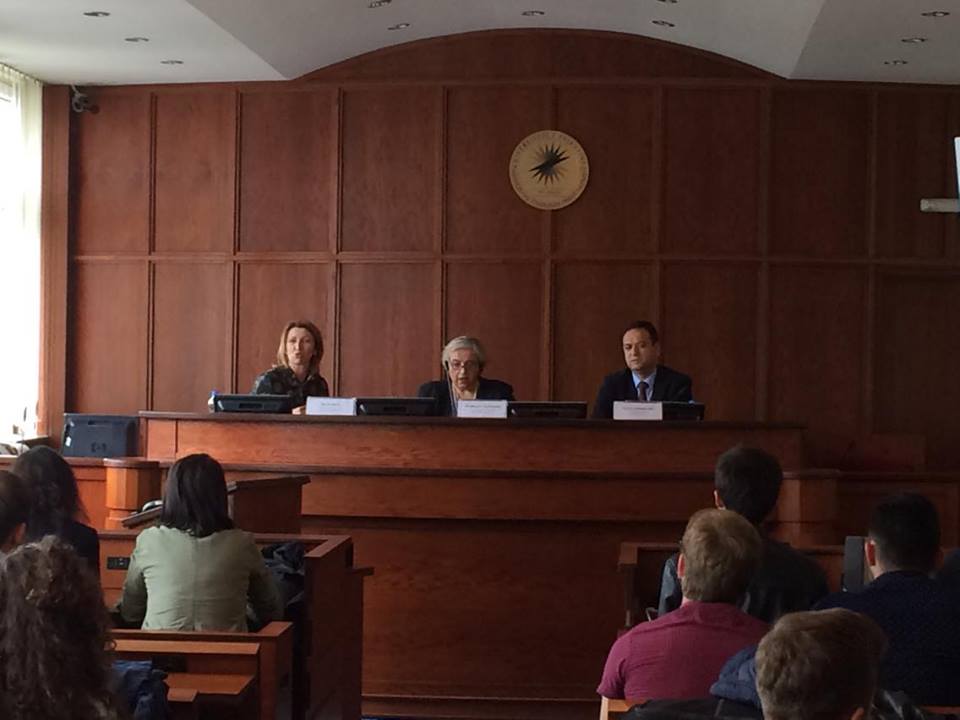 Alexandra Papadopoulou delivered her opening remarks to a welcoming audience, which included future lawyers, prosecutors, and judges. During the discussion, which was moderated by BIRN Kosovo Executive Director Jeta Xhara, Papadopoulou presented her remarks on the current state affairs, including the upcoming parliamentary elections in Kosovo.

Shortly after providing the audience with a brief introduction on EULEX’s mission in Kosovo, Papadopoulou applauded the students and noted that she was delighted to have been invited to chat with such a promising bunch of young people. Students raised questions of various natures, and specifically were interested to know more about EULEX’s current mandate and its role in strengthening the rule of law in Kosovo.

Considering that Kosovo’s general parliamentary elections are rapidly approaching, Papadopoulou urged students to exercise their civic right to vote; since Kosovo’s young voters account for a large portion of the voting population, the youth vote is seen as a driving force for affecting political change.

A functional democratic society, she noted, is attained through citizens’ active participation, including that of the younger generations. It is the citizens’ responsibility to hold their leaders accountable, she declared, and all citizens should not neglect the importance of voting and its power to initiate change.