Aleksandar Dimitrievski, author of BIRN’s database for agricultural subsidies, was awarded the first EU prize for investigative journalism for 2016, at a ceremony in Skopje, Macedonia on May 26. 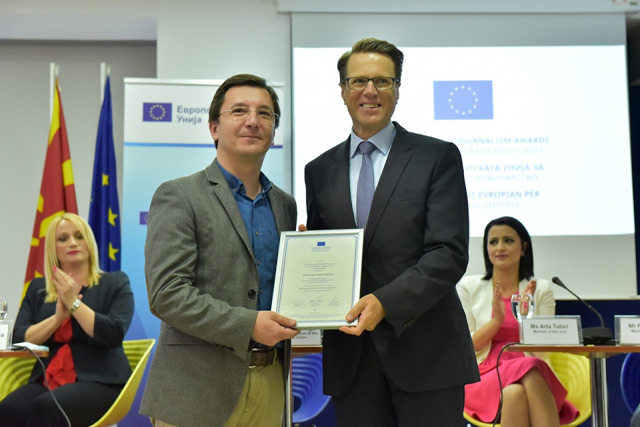 The database documents agricultural subsidies granted to individuals and companies over four years, from 2010-2014, worth about 450 million euros.

The database, compiled from data obtained through access to information requests, shows the main companies that won public money and how much the invested funds have contributed to the development of agriculture and food production in the country.