The Balkan Investigative Reporting Network in Albania held a three-day training session on May 19-21 in the city of Durres, which aimed to sharpen the skills of local reporters in court and crime reporting. 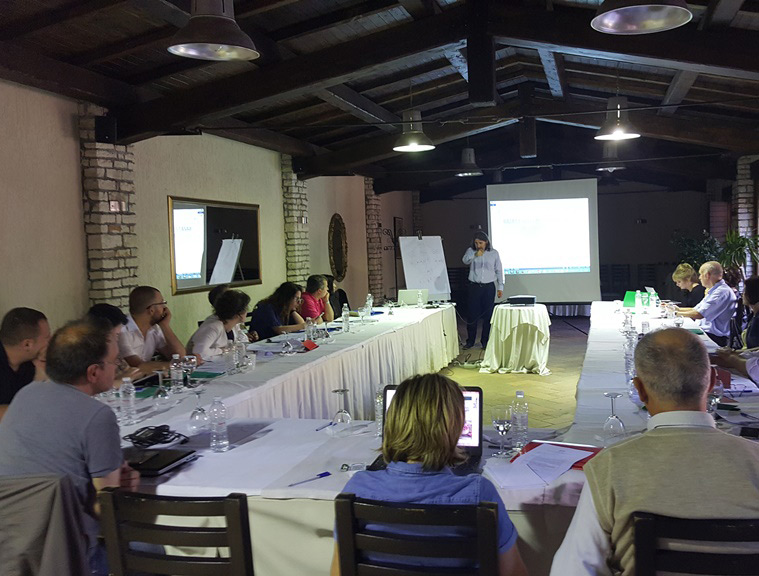 The training was made possible with support from the USAID funded “Justice for all” project.

About 15 journalists from Tirana and across Albania participated in the three days of training, which provided a guide to the court system in Albania, basic methods and techniques of court reporting and the access to court records through the freedom of information law.

The training also focused on the definition of the public interest angle while reporting judicial and criminal cases, protection of sources and whistleblowers and the best practices in the region and internationally on court transparency.

The training aimed to strengthen the skills of mid-career journalists to report from the courts and the prosecutor’s office in Albania as well as from other law-enforcement institutions.

Presentations were given by Dorian Matlija and Irena Dule from the Respublica legal centre in Tirana; BIRN Albania editor Besar Likmeta and Flutura Kusari and Elira Canga – authors of an upcoming guide on crime and court reporting to be published by BIRN Albania.

A special presentation for the attendees was held by the Chief Justice of the Court of Korca, Admir Bilishta, who explained the new role that court press officer will have in granting journalists and the public greater access to documents and verdicts.

The three-day workshop will be followed by on the job training and mentoring for the journalists by BIRN Albania editors, which will commission and publish reports from the judiciary as the country gears to implement a key reform of the justice system.