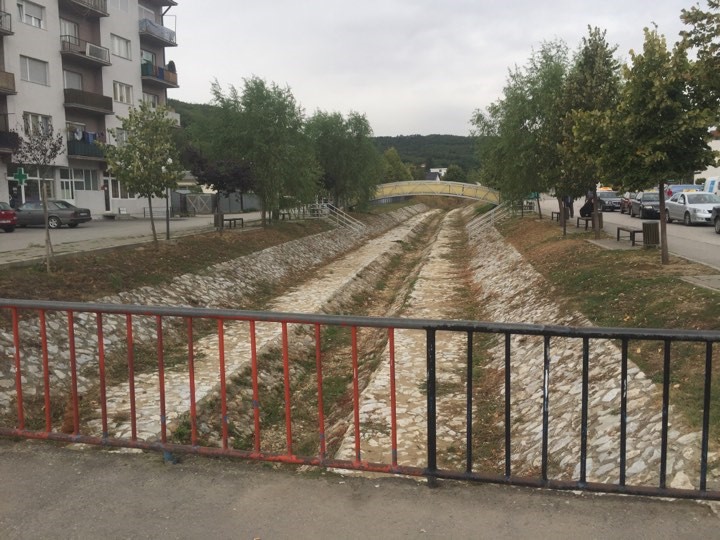 What solutions will the next mayor of Kamenica bring for the municipality’s problems?

The Municipality of Kamenica, inhabited by 36 thousand people, has the least investments of any Kosovo municipality. For the next four years, Kamenica has allocated only 124 thousand euros for capital investments; Kacanik, which has a similar number of residents, has allocated 1.1 million.

Kamenica has no gynecologists, and consequently, women are forced to travel to Gjilan in order to give birth and receive gynecological check-ups.  Kamenica, too, is among the municipalities that have issues with the lack of essential medications. This problem is mostly faced by those diagnosed by diabetes, who struggle with the municipality’s lack of insulin.  The unemployment rate in Kamenica is 35 per cent, and residents are in need of social care.

In Kamenica’s education sector, there are many issues with staff recruitment and class division. Two years ago, in the absence of funding and support, the football tournament that has been organized since after the Kosovo War had unfortunately stopped being held. Moreover, athletics champions of Rogana, who represented the Republic of Kosovo at the Olympics, were supported by the municipality with only 4,500 euros this year.

Kamenica, a municipality with no gynecologists

In Kamenica, three years ago, the sole gynecologist retired; since then, the municipality has had no gynecologist. For some time, some gynecologists from Gjilan worked on a rotational basis, and left the job in order to fulfill the needs of Gjilan hospital. There have been no gynecological check-up, let alone births, in Kamenica over the past few years, causing residents to travel to Gjilan.

Part-time teachers
Another issue in regards to healthcare is the supply of the essential medications. According to the Municipality of Kamenica, although the Ministry of Health is authorized to complete the given duty, MFMC often purchases basic (urgent) material with the municipal budget.  Diabetic patients suffer the consequences the most, considering that their health needs require insulin, and sometimes such medications are absent at MFMC due to insufficient supply.

According to KALLXO.com’s and the GAP Institute’s research, many school buildings in Kamenica need renovation. There are 10 schools with fewer than 25 students, while some students are obliged to walk in dangerous, mountainous terrains to attend classes.
Today, in the village of Lisockë, within a building constructed in the late 1970s, there are only 20 students attending classes, with three or four students per classroom. In the school of the Meshinë village, there are only three students; in the village of Kranidel, there are four students, and there are also four students in Dazhnica. There are 10 schools in total that have less than 25 students.

In the education system of the Municipality of Kamenica, there are also problems in regards to staff recruitment and class division. Due to the large number of teachers engaged, the average work rate is below 40 hours per week. Also, trying to hire as many teachers as possible, the municipality has increased the number of employees in schools, and thus reducing salaries for teachers.

During the local election debate in 2013, the Kamenica Mayor, Begzad Sinani, promised, among other things, to construct a school in the village of Krilevë. In 2016, Sinani, in the middle of his mandate, promised that the given school will be built in 2017, but this has not happened yet.

A theater hall for commemorative meetings

Kamenica has issues with culture and sports too.  The main problem ensembles and other cultural groups face in the Municipality of Kamenica appears to be the lack of financial resources, which would serve to support professional and technical preparation, including residents’ participation in festivals and ensemble-related activities. The Municipality of Kamenica stated that they have tried to support culture groups, and the average annual amount going towards them during the last four years was around 5,000 euros per year.
The theater hall located in Kamenica’s cultural house is not used for theatrical performances, but for political parties’ meetings and commemorative meetings.

In the absence of funding for the past two years, the municipal power has terminated the largest sports activity, which has been held in this municipality since the post-war period. In honor of the Liberation Day of the city, on June 18, the Directorate for Culture and Sport in Kamenica for many years organized the football tournament. This sports activity lasted about 20 days, and the final match was held on June 18, which marked the city’s liberation day.

The Athletic Club “Rogana” remains one of the most successful athletics clubs in Kosovo. Out of the seven participants in the Summer Olympic Games Rio 2016, two participants, Musa Hajdari and Vijona Kryeziu, came from the “Rogana” athletics club.

According to a research conducted by the GAP Institute, the Kamenica Municipality has allocated only 4,500 euros a year to this club, which is 375 euros per month to support the whole club.

Only 124 thousand euros for capital investments

Compared to other municipalities, Kamenica is the municipality with the lowest level of capital investments. In 2016, Kamenica realized only 281 thousand euros of capital investment, while this year, it planned only 124 thousand euros, or 3.44 euros per capita. The previous amount is only 1.7 per cent of the municipal budget, which is very little compared to other municipalities, that generally invest 29 per cent of the budget. The huge number of employees remains one of the reasons for this, considering the prevalence of over-employment within the administration and education sectors.
In Kamenica, there is one civil servant employed in administration sector in relation to 156 residents, who is supposed to provide services for 156 inhabitants, while the average in the country is one civil servant for 278 inhabitants. The student-teacher ratio in Kamenica is 12 to 1, while the average in the country is 29.9. According to MEST, the optimal number should be 21.

The municipality also does not properly cover rents. According to the auditor, out of 7 public spaces that have been leased by Municipality of Kamenica, the given municipality has lost over 90 thousand euros due to the non-collection of rent. The auditor has also revealed that the municipality has no mechanisms for applying fines for late-payment delays.

Villages with no sidewalks

Kamenica has managed to pave the road in the city center, and in the main parts of the city. However, based on KALLXO.com’s and the GAP Institute’s research, infrastructure continues to be a problem for this municipality. At a gathering in the village of Topanica, during the electoral campaign in 2013, Begzad Sinani promised the construction and expansion of the bridge at the entrance of the village. However, it was not constructed in 2017 either, and the lack of an expansion continues to make it impossible for two vehicles to pass at the same time.

The village of Hodonoc is need of roads and asphalt, as well as the village of Topanicë, right where the mosque and 30 houses are located, including the road Shipashnicë e Epërme – Desivojcë, and the road across the the river in the Koretin village. The road in the Lagjja Bugaqku neighborhood in Koretin also needs to be paved.

The villages of Kopernica, both Upper and Lower Shipashnicë, Muçivercë, Topanica, Busavata, Krilevo, Strezoc, Ruboc, and Petroc have no sidewalks. Also, in the neighborhood of Çamëria and Malësia in Kamenica, the sidewalks are narrow. The Stralica and Bosce villages, inhabited by Serbs, have no sidewalks either. In the meantime, the Rogane village has incomplete sidewalks in some of its neighborhoods.