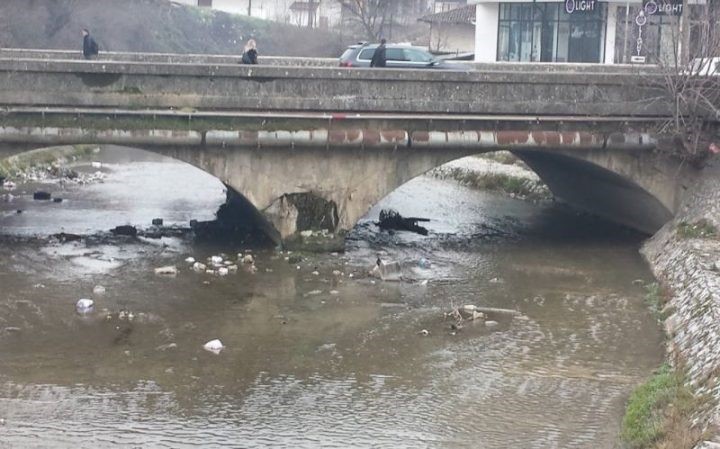 What challenges will the next mayor of Gjakova face?

The Municipality of Gjakova once had 26 factories, which today have become supermarkets or warehouses. Gjakova was once an economic powerhouse in Kosovo and today has major problems with economic development. But the problems do not stop there.

The citizens of Gjakova have problem with illegal waste disposals and the contamination of beautiful rivers in the municipality. Meanwhile, construction of the new biomass central heating has not started yet, despite the noises that were caused years ago.

Gjakova’s airport is out of function, while the industrial park to develop the free economic zone is absent. The Municipality of Gjakova also has a serious problem with parking lots and sidewalks.

Gjakova has poor waste management. There is an absence of waste containers, and garbage is present in almost every area of the city.

A big portion of the area of “Çarshia e Vjeter” and of the city does not have enough containers. Also, in the “Shkugza” zone, there are illegal waste disposals. In the “Rezina” street, the excrements pass through houses, whereas in the Krena River, which passes through the city, waste and water irrigation are poured continuously.

Residents of Brekoc Street have a different concern. Since 2005, they’ve faced flooding. The houses in this area, located on Patriot Berisha and Hajdar Salihu Streets, are flooded after heavy rain, causing considerable material damages to housing equipment, inventories, and nutrition.

Gjakova finished 2016 with a budget of 19.4 euros. It has planned capital investments in 2016 worth 5 million and 74 thousand euros. However, it had managed to spend only 3.7 million euros, or 73 per cent of the planned budget. Also, the audit had stated that in 2016, the real annual expenses for capital investments were only 2.4 million euros because Gjakova was obliged to pay 918 euros of accumulated debts from the previous years.

The airport of Gjakova has turned into a public enterprise after it was transferred from the KFOR Italian command. Yet this airport has not been launched for use, and it brings a risk of theft millions of euros in equipment within it, because for a long time, there was not even a guard. Not only did this public enterprise fail to serve as a catalyst for country’s economic development, but it has become a barrier of Kosovo institutions to maintain its assets which are worth around 8 million euros.

The heating system for Gjakova was promised to be finished within this mandate, but the problems appeared in finding a location and the refusal of the government to give the property.

Gjakova has the Music Museum in Çarshia e Vjeter. However, today it is in a miserable condition. KALLXO.com investigative reporters have found that this museum, the only one in Kosovo of its kind, is destroyed and is not being maintained.

The stadium on Dardania Street, which was used for decades by the entire neighborhood, is now privatized and the area has been left without a stadium, while the football club Dardanet, which used to play its matches there, is running for the Second Kosovo League. The residents have signed a petition, but a solution has not been found.

Gjakova has absence of parking lots and as a consequence, the cars park on the sidewalks. The parked cars disturb the free move of pedestrians and compromise their safety.

Little has been invested in Gjakova from the central level regarding infrastructure. Gjakova has also been left behind with the expanding of entrances and exits of the city, whereas the connection of two highways to Prishtina and Prizren has not been done yet.

The Kramovik Bridge connects Klina and Gjakova and is used as the main destination to enter Gjakova from the direction of Peja and Prishtina as well. The bridge was damaged in the summer of 2013 from rain and floods. The bridge has had a few interventions to be fixed, but it is still dangerous.