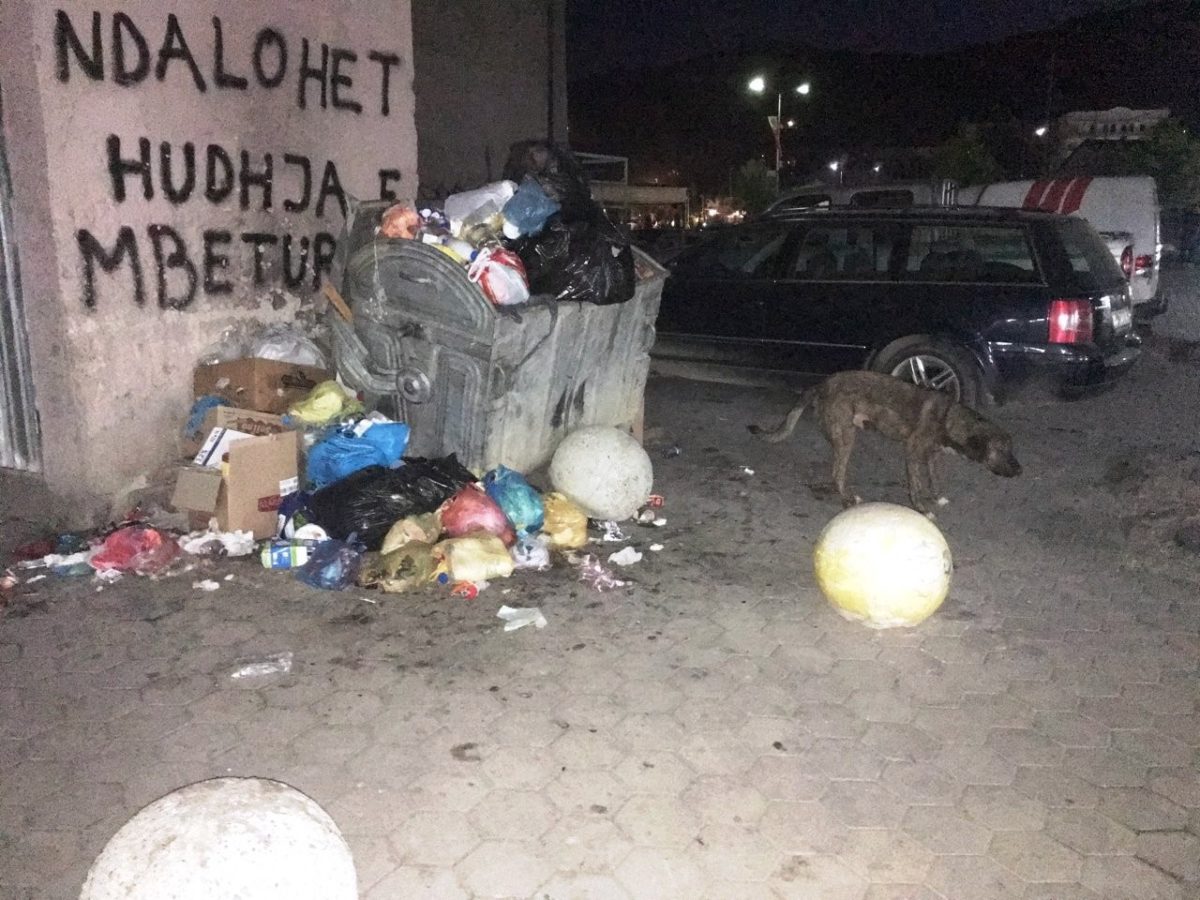 Known for its history and national renaissance in the 19th century, Kaçanik now suffers from environmental degradation.

The riverside downtown area has become an attraction for many residents of the municipality. Palm trees were planted in this cold environment, which today are dried up; furthermore, the downtown area has problems with waste landfills, sewage, and infrastructure.

The two rivers of the municipality, Nerodime and Lepenc, are polluted by sewage, destroying its living beings.

In the villages of Stagovë, Provoli and Dubravë, the citizens have self-financed the construction of the irrigation system.

The KALLXO.com investigative research team has found that the city lack trash bins, and the trash, as such, is thrown about.

Although the municipality has allocated around 10 thousand euros for setting up informational tables to raise awareness about illegal waste disposal, the KALLXO.com research team has identified some places close to these tables loaded with waste.

KALLXO.com has identified 35 waste landfills across the municipality of Kaçanik, 17 of which were removed from the municipality, while 18 continue to be filled with waste.

The research shows that in places where rivers are polluted by sewage, citizens have serious issues with drinking water supply.

The KALLXO.com investigation has revealed that the residents of the village of Begracë have complained that the road within the neighborhoods of Gash, Kuqishtë and Jahaj are not paved.

The municipality also lacks sidewalks and public lightning in the villages as well as within the suburbs of the city.

Kaçanik has a budget of 6.6 million euros, out of which only 494 thousand euros are self-generated revenues.

This municipality also has problems with budget surplus: the problem is not the lack of money, but the municipality simply did not know how to spend it. According to the auditor, seven capital projects that were planned to be implemented in 2016 were not even in the initial phase during the completion of the auditor’s report in early 2017.  This municipality tolerates debtors, even those who use municipal property without paying debts.