In an online event, the jury said all three stories from Bosnia are of utmost importance as “they point to many anomalies our society suffers, and that the government persistently ignores.” 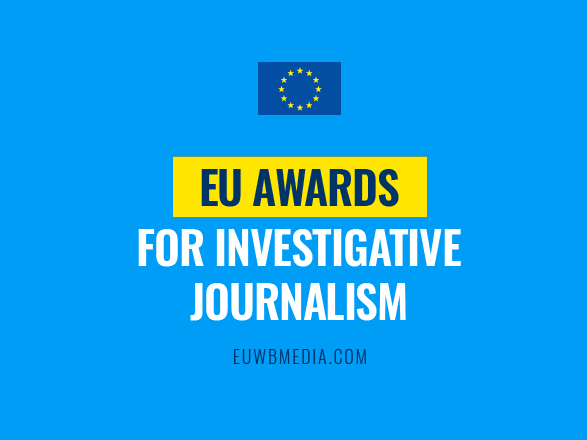 The EU Awards for Investigative Journalism for Bosnia and Herzegovina were presented on Thursday in an online event on Zoom.

The three winners, who were awarded a total of 10,000 euros for the stories published over 2019, exposed links between the authorities and extremist groups, told a story about the robbery of a former state arms industry company and shed light on officials illegally appropriating the real estate of Sarajevo’s Jews, killed in the Holocaust.

The head of the EU delegation to Bosnia and Herzegovina, Johan Sattler, said that “investigative journalism is necessary for a healthy democratic society,” and urged the Bosnian authorities to find systemic solutions to protect journalists from attacks and threats.

The jury was composed of jury head Zlatan Music, the OSCE Mission to BiH’s Media Freedom officer, Davor Glavas, a journalist and media expert, and Slavoljub Scekic, editor-in-chief of the Center for Investigative Reporting in Montenegro, CIN-CG.

They had a hard task choosing between 14 shortlisted applications. The jury said that all three stories had something in common, which is a “journalists’ complete commitment to the topic itself, which is reflected in the amount of details, data and information”.

“Each of them [the awarded investigations] is socially responsible and points to many anomalies that our society suffers, and the government persistently ignores,” Music told the online audience.

First prize went to Semir Mujkic from BIRN BiH, for a series of articles on Russian influence in the country presenting an original and comprehensive overview of pro-Russian actors, associations and groups and their local political supporters. Mujkic’s colleagues, Lamija Grebo and Emina Dizdarevic, contributed to the investigation.

Mujkic said that the EU award was very important as it is among only a few such awards in Bosnia, where the state itself does not attach importance to investigative journalism.

“Awards like this are not only a recognition but also an obligation for investigative journalists to continue their work,” Mujkic said.

In second place was Amarildo Gutic, of Zurnal, whose short documentary “Prsten oko Vitezita” peaked under the economic lid of the Croatian Democratic Union, HDZ, and the [Bosniak] Party of Democratic Action, SDA, over the past 25 years.

Azhar Kalamujic, from the Centre for investigative journalism BiH, won the third prize for his story on Sarajevo judges, lawyers and government officials who illegally appropriated abandoned apartments and houses in the Sarajevo that had belonged to Jews who perished in the Holocaust.

The prizes are awarded through the EU-funded project, “Strengthening Quality News and Independent Journalism in the Western Balkans and Turkey”, in 2019, 2020, 2021 in EU candidate and potential candidate countries: Albania, Bosnia and Herzegovina, Kosovo, Montenegro, North Macedonia, Serbia and Turkey, for investigative stories published between 2018 and 2020. In total, 63 awards will be awarded through a three-year period.

The awards in Bosnia and Herzegovina are coordinated by Balkan Investigative Regional Reporting Network, BIRN Hub, which also runs a regional consortium.