BIRN Network members took home 11 awards in 2017 for reporting within their respective countries as well as for their regional and international investigations. 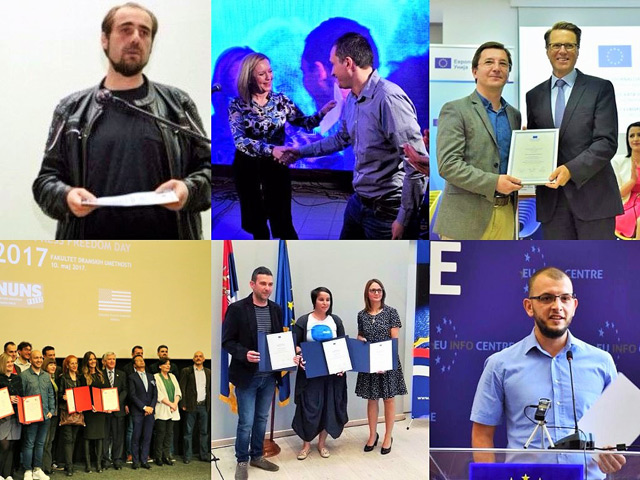 A multi-country series of investigations about weapons exports into the Middle East, carried by BIRN Hub and BIRN Kosovo won three awards in 2017.

“Making a Killing” received special recognition at the Global Investigative Journalism Conference 2017 in Johannesburg with a certificate of excellence. The report was jointly produced with the Organised Crime and Corruption Reporting Project (OCCRP). The story deals with the Pentagon’s $2.2 billion weapons pipeline of Soviet-made arms flooding into Syria.

The report is part of a wider research project by BIRN and the OCCRP on the illegal international arms trade. It was shortlisted in July 2017 for the Global Shining Light Award sponsored by the Global Investigative Journalism Network, an association of 155 non-profit organisations in 68 countries. 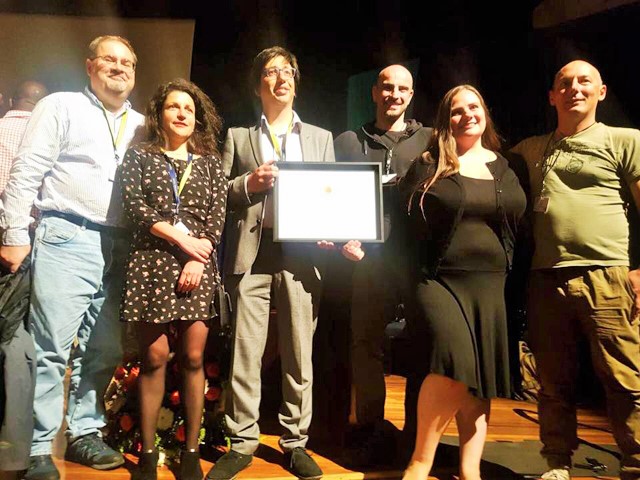 “Making a Killing” also won an award for online media in an investigative journalism competition organised by the Independent Journalistic Association of Serbia and was also selected in October by voters in an online poll recognising exemplary reporting.

BIRN Kosovo journalist Doruntia Baliu was awarded the “Best Story on Education” prize in November by the Kosovo Journalist Association and German Corporation for International Cooperation. The award was given to the journalist for her investigation into a grade falsification scandal in the municipality of Drenas.

Pristina-based journalist Serbeze Haxhiaj was honoured in October for her story ‘The Enduring Agony of Wartime Rape in Kosovo’, published on BIRN’s flagship website Balkan Insight. The story explores how women who have been raped and tortured during the Kosovo War are not applying for reparation schemes due to the stigma of rape that is still prevalent in Kosovar society nearly 20 years after the war ended.

BIRN Kosovo’s television programme “Jeta ne Kosove” (Life in Kosovo) and the anti-corruption platform KALLXO.com were given the second prize for investigative journalism by the European Union Office in Kosovo in May.

The investigation that caught the five-member jury’s eys was “Organized Tax Fraud,” which revealed that over 300 Kosovo businesses were involved in a tax evasion scheme through the use of shell companies.

Aleksandar Dimitrievski, author of a BIRN’s story about a database for agricultural subsidies, was awarded first prize for investigative journalism for 2016, at a ceremony in Skopje, Macedonia in May 2017. Dimitrievski’s story documents the amount of agricultural subsidies granted to individuals and companies over four years, from 2010-2014, worth about 450 million euros.

The Association of Journalists of Macedonia gave its annual investigative reporting award for 2016 to BIRN journalist Vlado Apostolov in February for his series of articles on properties connected to a Macedonian official, Vladimir Zdravev.

Apostolov received the “Yasar Erebara” award for three investigative articles on properties linked to the former chairman of the Council in the Skopje Municipality, published on BIRN Macedonia’s website Prizma.

Dragan Gmizic’s “Flatland Without Birds?”, a documentary about illegal bird hunting in Serbia, won the second prize in the EU Investigative Journalism Awards for 2016.

The film, co-produced by BIRN Serbia and Greenfield Productions, examines how the hunting of rare turtle doves and quail in Serbia is organised and asks whether it can be controlled. The documentary was aired on TV N1, TV CG, and Al Jazeera Balkans.

First prize went to Maja Zivanovic for her series of stories for VOICE, the Investigative and Analytic Centre of Vojvodina. Maja is currently working for BIRN’s regional publication Balkan Insight.

BIRN Serbia journalist Jelena Veljkovic’s story “The Secret of Vucic’s Tavern” won an award in the print media category at the annual competition for investigative journalism, organised by the Independent Journalistic Association of Serbia. Her story looked into claim by Serbia’s Property Directorate that it was unaware an exclusive restaurant had opened in a part of the Belgrade Cooperative building, which the directorate had leased to the “Belgrade Waterfront” company. The directorate refused to answer whether it believed the use of public property by a private company was in accordance with the law.

Elvis Nabolli, a 2016 fellow in the Balkan Fellowship for Journalistic Excellence, in June 2017 won the award for best article by a young investigative journalist, as part of the part of the EU Investigative Awards in Albania. Nabolli won for his article, “An Albanian War on Drugs”, which was produced as part of a fellowship and published by Balkan Insight.