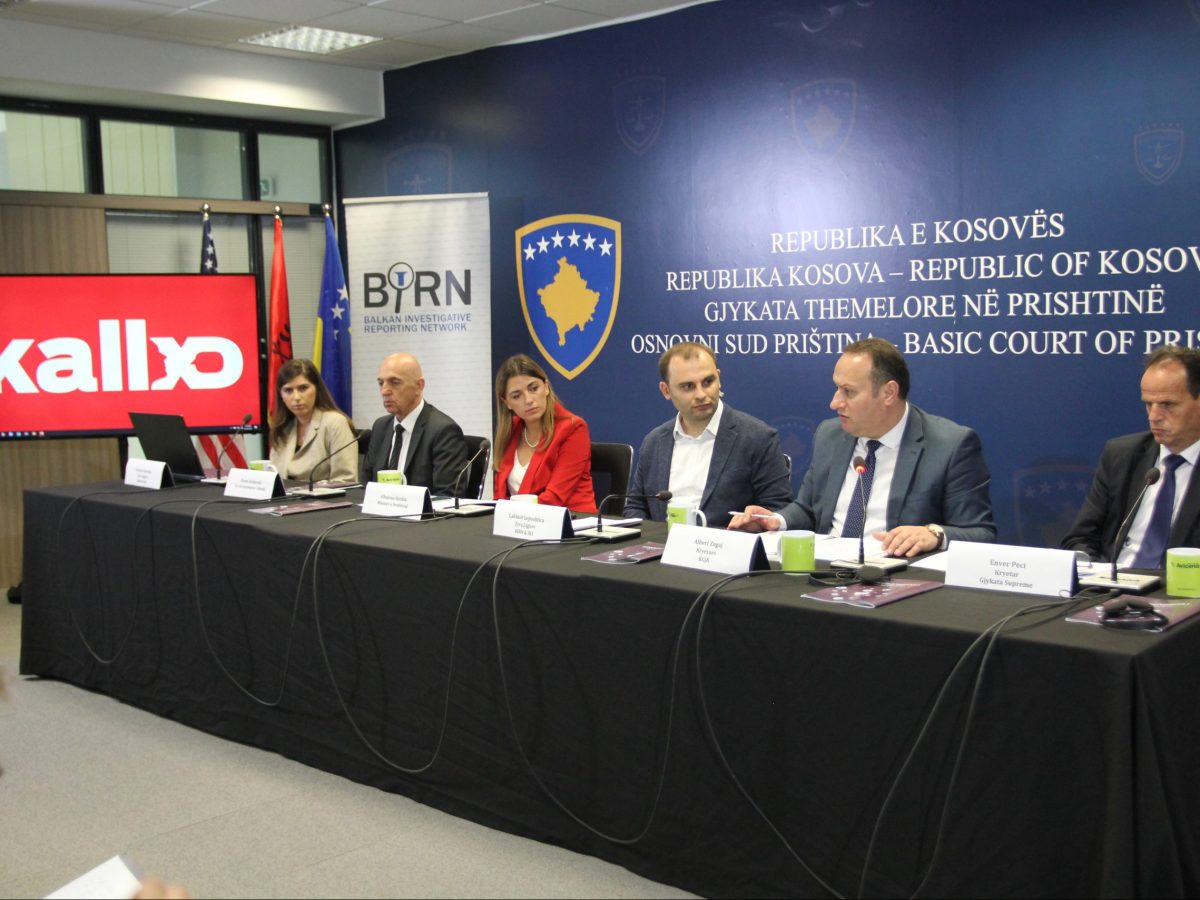 The report, consisting of findings from analysing 40 corruption case verdicts during 2021, shows that Kosovo courts in these cases did not follow Supreme court guidelines in their punitive verdicts.

The report provides information on the low sentences often imposed in corruption cases and on the circumstances that were considered for the imposition of these lower sentences.

It reveals that there is often no justification for aggravating and mitigating circumstances in court judgments in corruption cases.

Albulena Haxhiu, Minister of Justice, who was part of the panel at the publication of the report, congratulated BIRN and I/KS for their contribution to Kosovo’s justice system with the monitoring reports.

Enver Peci, President of the Supreme Court, stated that the report and the data it contains are useful to the judicial system. The Supreme Court’s rules on criminal policy must be implemented in the future along with clear procedures, he added, in order to prevent organisations that monitor the legal system from reaching differing conclusions on the same problems.

Albert Zogaj, chairman of the Kosovo Judicial Council, said that in the process of furthering judicial reform, the subject of punitive policy in corruption cases has a specific relevance.

This was the 16th monitoring report of the judicial and prosecutorial system in Kosovo conducted by BIRN and I/KS.

The full report can be found here